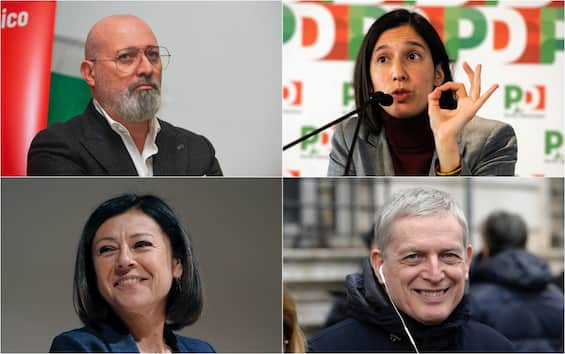 In the survey presented at “Agorà”, after the comparison of the four candidates for “Half an hour more”, the data on the governor of Emilia-Romagna and Elly Schlein are growing, while the consents of the dem voters are decreasing towards De Micheli and Cuperlo, who now appear definitively detached

The new poll by Emg-Different on the preferences of Democratic Party voters was presented in view of the primaries which will elect the new party secretary on 26 February.

The survey, disclosed during the Agorà broadcast on Rai Tre, appears particularly indicative because it comes a few hours after the confrontation between the four candidates Stefano Bonaccini, Elly Schlein, Paola De Micheli and Gianni Cuperlo, guests yesterday of Lucia Annunziata at “Mezz ‘more hour’.

The poll showed growth in the two candidates at the top of the PD voters’ list of preferences. Stefano Bonaccini has in fact gained three percentage points compared to the last survey of 16 January, settling at 44%. His deputy as president of Emilia-Romagna Elly Schlein on the other hand, grows by 0.1% and stops at 24% for dem voters.

On the other hand, the approvals of the other two candidates are declining, and they now appear to be out of the race to compete for the party secretariat in the primaries of 26 February. Paola De Micheli drops by 0.1% and stops at 9%, surpassing Gianni Cuperlo, at 7% after losing two points since the last survey. 14% of survey participants did not express a preference.

The probabilities of a two-way race between Bonaccini and Schlein in the primaries of 26 February therefore appear to be clearly increasing.