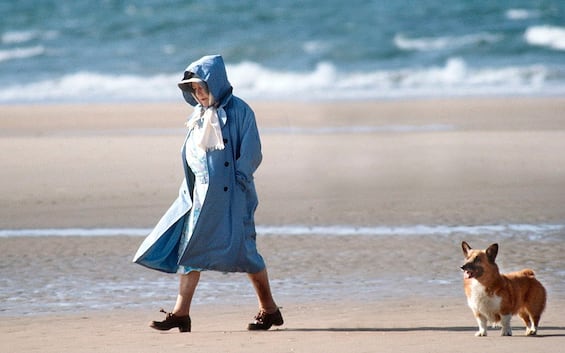 In 2021, during the lockdown, Prince Andrew gave his mother, Queen Elizabeth, Muick, a corgi, and Fergus, a dorgi. When Fergus died in May 2021, in the aftermath of Prince Philip’s death, he was replaced with another corgi, Sandy – a gift from Princesses Beatrice and Eugenia for his official 95th birthday. The queen named the dorgi – a cross between the dachshund and the corgi – Fergus after her uncle, who was killed in action during World War I. Angela Kelly, aide to the Queen, said at the time: “I was worried they would end up under the Queen’s feet, but they turned out to be a godsend. They are beautiful and very funny and the Queen often takes long walks with them in Home Park. “(GOODBYE TO THE QUEEN, THE SPECIAL OF SKY TG24).

A great passion for corgi

The queen’s love for corgis was known, in her life she had about 30 and according to reports from sources close to the sovereign it seems that she always said that “my corgis are a family”. Her father, George VI, had a male corgi named Dookie. The Queen’s Crucibles were mostly descendants of her first dog, Susan, a gift from her father for her 18th birthday. The dogs, which Diana, Princess of Wales, called “moving walkways,” slept in a room reserved for them, in cushioned wicker baskets and were reportedly fed fresh rabbit and beef by a gourmet chef. Some of their names included: Whiskey, Sherry, Sugar, Myth, Mint, Buzz, Brush, Geordie, Smoky, Dash, Dime, Disco, and Dipper.

Sarah Ferguson and her relationship with the queen

On Thursday, Sarah Ferguson paid tribute to the Queen on Instagram, saying she was “the mother-in-law and the most incredible friend” to her and that she would miss “more than words can express.” Despite being divorced since 1996, the Duke and Duchess of York still live together at the Royal Lodge in Windsor. A source told The Telegraph this week: “The Duchess bonded with Her Majesty through a passion for dog walking and horseback riding and, even after her divorce, she continued her great friendship with Her Majesty, walking the dogs and chatting “. Andrew, 62, the third son of Queen Elizabeth and Prince Philip, and resigned from royal duties in 2020 after being accused of sexual assault by Virginia Giuffre, charges he has consistently denied. Royal biographer Ingrid Seward said Saturday amid speculation about who would take care of the dogs: “It would seem more logical that the corgis go to Andrea … Let’s face it, he has nothing else to do.”