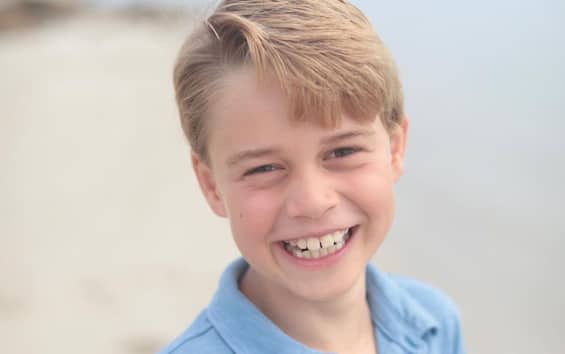 The Dukes of Cambridge, William and Kate, responded with a letter to the six-year-old girl who invited their son, Prince George, to her birthday party. The birthday girl’s mom posted a photo of the letter on Twitter with the caption: “It’s something amazing to keep.” Thus, the post immediately went viral. The prince, moreover, celebrated his ninth birthday on July 21st. And as usual, the family has released a new photo of him to celebrate the anniversary: ​​the portrait, taken by his mother Kate Middleton, shows a great resemblance between George and his father, Prince William, first son of Charles, Prince of Wales and of the late Diana Spencer.

William and Kate’s message is as follows: “The Duke and Duchess of Cambridge have asked me to thank you for the invitation letter to Prince George at your sixth birthday party. I’m sorry it took so long to get back to you. Their Royal Highnesses are extremely grateful for your kind invitation. However, after carefully considering the possibilities, I am sorry to tell you that Their Royal Highnesses feel compelled to refuse. I hope you enjoy your birthday. The Duke and Duchess of Cambridge were immensely moved that you took the trouble to write to their son, Prince George. It was really very thoughtful of you and Their Royal Highnesses have asked me to send you their warmest thanks and best wishes ”.