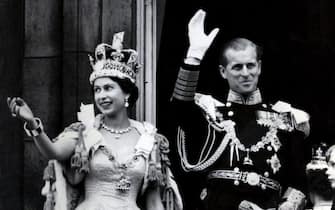 The November 20, 2020 Prince Philip and Queen Elizabeth they celebrated well 73 years of marriage. A few months later, in April 2021, the Duke of Edinburgh died. The couple married inWestminster Abbey in the 1947. From then on, a life together, for a record-breaking love story

One year after the wedding theirs first sonthe Prince Charleswho was born in London on November 14, 1948

Death Prince Philip, Johnson: “It was a solid support for the queen”. VIDEO

The Prince Philip lives side by side with his wife Elizabeth, Queen of the United Kingdomthe institutional commitments her. In this photo here they are at Malta in the November 1949

Farewell to Prince Philip, the films and TV series in which his character appears

In the 1950 the Princess Anna, second child. Elizabeth and Philip will then have two other children, Andrea and Edoardo

Countless i do you travel around the world that Elizabeth and Philip undertake together. The February 20, 1954 here they are Hobartin Tasmaniawith the queen filming the welcome at the port

But in addition to the intense institutional life, for the two there is also the everyday life. In this photo (dated September 14, 1955) the princes Carlo and Anna they are pushed onto the swing by dad Philip under the watchful eye of mom Elizabeth

Here is again Royal family in a shot that shows a fragment of their everyday life, the May 6, 1956

But their life is also full of social events And institutional meetingslike that of June 5, 1961 with the then American president John F. Kennedy and the first lady Jacqueline

However, over the years the disagreements between two. It has often been said that Queen Elizabeth had to close her eyes to some alleged escapade of Prince Philip. Here together in a shot of the 1972for the royal couple I am already silver wedding

However, the two remain side by side. In this shot of the May 9, 1975they are together in Japan

There Royal family fully booked now counts 6 members. Here they are together in a shot of the 1979: Besides Philip and Elizabeththere are principles Edoardo, Carlo, Andrea and Anna

When the two appear in public they show all of theirs complicity. Here the queen takes a photo of her consort during a visit to the Tuvalu archipelago in 1982

The couple born at the time of the Second World War greets the new millennium still united, here they are together in a shot of New Year 2000

Among the most famous meetings they attend together, there is that of 2009 with the then American president Barack Obama and the first lady Michelle

In the 2017 they celebrated the platinum wedding: 70 years of marriage. Here they are together with grandchildren and great-grandchildren, the extended royal family. From then on Philip had withdrawn from public life and had reduced his expenses