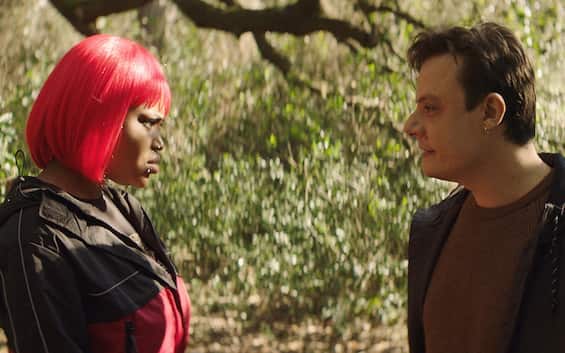 The fairytale does not live here. In the forest on the seafront of Ostia there are no damsels in distress, no fearless knights, much less fire-breathing dragons. There are only young Nigerian prostitutes, because Rome city is reserved for white-skinned strollers. The black ones touch the periphery. Nevertheless Princess he chooses for the opening credits a character that refers to fairy tales, to the flaming adventures of swashbuckling. And already from this intrepid choice it is clear that the film directed by Roberto De Paolis is not the usual title overflowing with stereotypes and banalities, between good-hearted worldly women and lost girls and even saved by the redeemer of the moment. In short, the film that opens the Horizons section of the 79th edition of the Venice Film Festival is, in some ways, surprising. With an original style, without judgments and prejudices, the second feature by De Paolis represents an encouraging sign for Italian cinema.

Choosing a non-professional actress as the protagonist always represents a big risk, and if she has to interact with veterans of the set the coefficient of difficulty increases exponentially. But Princess succeeds in the enterprise. Glory Kevin, Nigerian born in 1996, is a real revelation. He recites, dances, sings with the same naturalness with which he alternates wigs. In a jumble of fuchsia fringes, red helmets and golden braids, the princess without a kingdom, sheathed in tight hot pants, contracts her sexual performances with the strength of the desperation of those who have had to grow up too fast, net of all customers. other than kind and of noble wealth. The winning idea of ​​the film is not to make her a saint, but to represent a disillusioned, shameless and at the same time innocent girl. A young woman who prays to God every morning to send her “many clients” and is convinced that her own body is elsewhere. Between African magic rites and gospel liturgies, De Paolis avoids the shackles of the denunciation film conceived at the table and without hypocrisy, tells the exploitation of prostitution through the point of view of immigrant girls. The result is a sincere film, a not at all myopic look at a much more complex reality than is usually illustrated by the media.

Alongside the Nigerian girls, Princess sees the presence of Lino Musella, in the role of Corrado, the man who could perhaps change the destiny of the street princess, and of Maurizio Lombardi. The Tuscan actor, driving a luxurious white Ferrari, once again shows off all his acting skills in a role that sbertuccia the Richard Gere of Pretty Woman, and that basically refers to what in the script phase should have been the ending of the film directed by Gary Marshall and starring Julia Roberts. On the other hand, as De Paolis himself declared: “The film is a coming-of-age story: why Princessfirst of all, she is a nineteen-year-old girl who, clinging to her own candor, tries to resist the ferocity of the world ”.