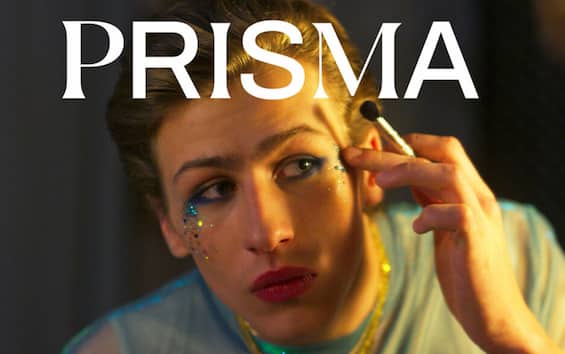 A new television series is about to arrive in which Italian teenagers will once again be protagonists, in the wake of the success of the series Skam Italy. The new series is called Prism and was born from the pen of the screenwriters of Skam Italywhich will offer a new story that focuses on local teenagers.

Starting Wednesday 21 September 2022, Prism will be fully available on Prime Video, Amazon’s streaming platform (also visible on Sky Q and via the app on Now Smart Stick).
The Prime Video series recently had its world premiere Out of Competition at the 75th Locarno Film Festival (held from 3 to 13 August).

From next 21 September the story of a group of teenagers living in Latina will be available. The protagonists are Marco and Andrea, two twin brothers (both played by the actor Mattia Carrano). The two seem identical but in reality they will prove to be very different, each bearer of a certain restlessness which, episode after episode, will emerge in all its power.
The adventures they will experience during their training journey will be both joyful and turbulent, involving even the various friends in self-discovery, each committed to finding their own identity.

Prism it is made up of eight episodes, each lasting approximately 45 minutes. All episodes will be made available on the first day of release, Wednesday 21 September.
The actors that make up the cast are very young, and many of them found themselves on a set for the first time. They are almost all newcomers, except for Lorenzo Zurzolo (who plays Daniele’s character) who has already participated in the series Baby And A bullet in the heart. There will also be a highly anticipated cameo from Achille Lauro.

The cast of this series is very rich and varied, with many young recruits who are already shaping up the promises of the big and small Italian screen.

Great expectations for the cameo of Achille Lauro

One of the most anticipated goodies of the series is the participation of Achille Lauro. The singer will play himself in a cameo that will be filmed in several points during the episodes.
But the artist’s participation is not limited to the cameo on the set: Lauro also wrote a song that is part of the show’s soundtrack, entitled Bricks.

The writers of the series

He worked on the screenplay for the television series Ludovico Bessegato, one who knows a lot about Italian teenagers. In fact, we are talking about the director of the first four seasons of Skam Italy, who also took care of writing the fifth season, created jointly with Alice Urciolo. And Urciolo is also among the writers of Prism, which she and Bessegato wrote drawing inspiration from an idea they and Giulio Calvani had. Unlike Skamthis time we are talking about an original story, a totally local project (while Skam Italy is the remake of a Norwegian series).
To produce Prism there is Rosario Rinaldo’s Cross Productions, also already behind Skam Italy.

The words of the screenwriter

“[Volevo fare] something that showed that we were not only good adapters but we were able to offer our perspective on that world “, explains Ludovico Bessegato (director of Skam Italy – and also screenwriter of the fifth season – and creator and screenwriter of Prism). “We started with a fact. All those years of meeting people younger than us had clearly shown us how many of the dualisms that up to my generation had been unshakeable dogmas, were no longer so for them. And we’re not just talking about sexual orientation and identity. We are talking about a generation that seems to live and choose the spaces in between in the widest possible sense. A generation and a world in which the very concept of diversity seems to no longer be able to describe reality. Because if there is no more convergence with respect to an idea of ​​normality, there cannot even be with respect to that of diversity. No longer normal, no longer different. Only an infinity of unique existences. We have borrowed the image of the optical prism, which manages to break down light, only apparently white, into the infinite spectrum of colors that composes it. The white, the canon, does not exist. It’s just a crowded synthesis ”.

The setting: why Latina was chosen

Prism is set in Latina, a city chosen for various reasons, explained in this way by the creator and screenwriter Bessegato: “[È] one of the lesser known Italian cities with the most elusive identity. Founded during Fascism on the lands torn from the marshes by the integral and narrow reclamation between the rationalist architecture of the center, the coastal lakes and the dunes of Sabaudia, Latina looks like no other Italian city. A province full of spaces, greenery, unspoiled nature, which contrasts with brutalist tenements, terraced houses, a skyscraper and a nuclear power plant being dismantled. A territory full of colors, contrasts, beauty and decay, modernity and nostalgia “.

Below we show you the official trailer of the TV series Prismwaiting for the debut on Prime Video (also visible on Sky Q and via the app on Now Smart Stick) on Wednesday 21 September.