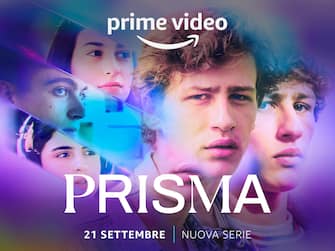 Prism is the new production of Prime Video

Where Prisma was shot: the locations of the series between Latina and Sabaudia

The series premiered on September 21 on the streaming platform

Prisma was directed by Ludovico Bessegato

‘Prisma’, the teaser of the new TV series by the creator of ‘SKAM Italia’

Prisma, the cast of the Amazon TV series to be released on September 21st. PHOTO

Prisma, all about the new TV series by the Skam Italia screenwriters

“Because it is one of the least known Italian cities with the most elusive identity,” he declared

Prisma, a clip from the TV series presented at the Locarno Film Festival. VIDEO

“Latina looks like no other Italian city,” he added

Also according to what was relaunched by the magazine, between the visible places Piazza del Popolo and Piazza della Libertà

The protagonists are the two twins Marco and Andrea

The beginning: “Prisma explores the relationships and identities of Marco and Andrea, 2 apparently identical twins but profoundly different in the concerns they express”

The synopsis continues: “The two inaugurate a journey of discovery and passage from what they should be to what they want to be, which will involve their friends, all united by the search for their place in the world”

In the cast Mattia Carrano, Lorenzo Zurzolo and Caterina Forza

Prisma is made up of eight episodes