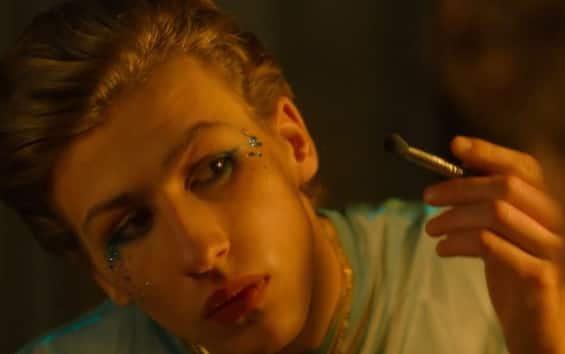 New project for the director and showrunner Ludovico Bessegatowhich is preparing to return with another work after the great success obtained with SKAM Italy. From next fall (there is no exact date yet) it will air on Amazon Prime Video the tv series entitled Prism, consisting of 8 episodes and which will be distributed in 140 countries. The episodes will also be visible on Sky Q and via the app on the Now Smart Stick.

The plot of Before

The official teaser trailer of Before, lasting about 30 seconds. The video opens with a female voice declaring: “We were among those called unnatural. But how could we, luxuriant in our adolescent bodies, be a waste? ”. Words that make us understand what the new TV series will be about Ludovico Bessegato. At the center of the story are two twin brothers, Marco and Andrea, identical only in physical appearance but with enormous differences. Not only them, but also their friends, will be called to struggle with the discovery of themselves and the search for their own place in the world. Among the issues that will be debated is homosexuality and this can already be seen from the trailer, when we see one of the twins wearing make-up and dressing as a woman. The TV series is set in Latina and is directed by Ludovico Bessegato and Alice Urcioloformer authors of SKAM Italy. The production was entrusted to Cross Productions of Rosario Rinaldo.

The cast of Prism

Ludovico Bessegato has chosen a large group of very young actors for his latest work. Indeed, among the interpreters we find Lorenzo Zurzolo, Chiara Bordi, Mattia Carrano, LXX Blood, Caterina Forza, Riccardo Afan de Rivera Castaguti, Matteo Scattaretico, Andrea Giannini, Nico Guerzoni, Flavia Del Prete, Elena Falvella Capodaglio And Asia Patrignani. Of all these names, for many perhaps semi unknown, the best known is that of Lorenzo Zurzolowhich owes its fame to the TV series Baby aired on Netflix. Last Saturday 3 April he was awarded the Next Generation Award for best Under 30 performer at the Monte Carlo Film Festival de la Comédie. A recognition that, as he declared, was “a great satisfaction that rewards the job I am doing”. Recall that the young actor will be among the protagonists of Under the Amalfi sunsequel to Under the Riccione sun.