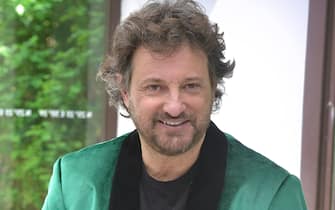 Protagonist of Professor Cinderella, Leonardo Pieraccioni, is also the director and co-writer of the film. In the film, the Florentine actor is Umberto Massaciuccoli, an engineer who ends up in the Ventotene prison for a clumsy bank robbery

Laura Chiatti in the film she is Morgana Di Filippo, a dance teacher who meets Umberto in prison during an event. The girl, who begins a romantic relationship with the man, does not know that Umberto is a prisoner

Laura Chiatti, the most beautiful photos of the actress

Massimo Ceccherini it’s Vincenzo Zambrotta, known as “Tinto”. Together with Umberto he carries out the robbery that begins the story to save the man’s company

Flavio Insinna is Giuseppe Rizzo, director of the prison, who allows Umberto to serve his sentence by working in a library outside the penitentiary

The best films of Flavio Insinna

The best films of Leonardo Pieraccioni

Lorena Cesarini in the film she is Sveva. She the actress played this role before the one for the series Suburra which made it popular with the general public

Who is Lorena Cesarini: 10 curiosities about the actress. PHOTO

Manuela Zero plays Mia Marano. The actress has worked for both cinema and TV

Sabrina Paravicini is Sabrina De Stefano in the film. The actress has a long film career studded with many appearances on TV