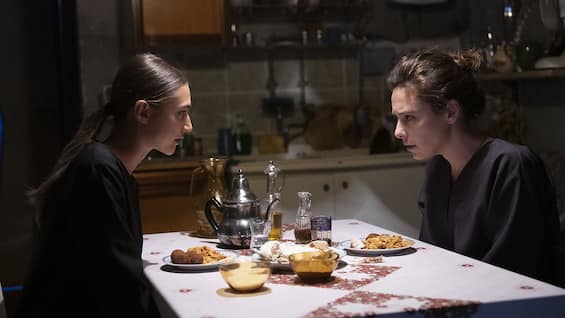 After the David di Donatello as best new director for “Sulla mia pelle”, Alessio Cremonini returns to narrate universal themes, albeit starting from a particular one. He arrives in the room on January 26 “Prophets” with Jasmine Trinca who plays an Italian journalist who went to the Middle East to report the war of the Islamic State. Kidnapped by Isis and taken prisoner, as a woman and therefore inferior and submissive, she will be given into custody to another woman called Nur and is played by Isabella Nefar, married to a militiaman and now in the Caliphate. Faith, imprisonment, women’s rights: themes that the film addresses through the almost impossible confrontation between two women who will manage to go beyond silence and blackmail.

“Alessio Cremonini he always manages to bring a story to the attention of the audience without ever taking a too judgmental stancewhich he had also managed to do in “On my skin”.

Always tell everything truthfully, tell the unfortunates as unfortunates and not as saints. Having said that, the fact that he places the characters in a context of abuse obviously gives you new interpretations.

His is a cinema that asks you to listen.

You listen to the theses of these two women without finding yourself in their position.

My character, not surprisingly, tries to tell Isabella’s character how women in the West help each other”.

“Nur believes in many things, which we consider atrocious, but she also has a very deep sense of spiritualitywhich allows her to find her own center, to remain very anchored to herself.

We live in a society where I believe the sense of spirituality has been somewhat lost, which you can also find not necessarily in a religion.

Nur, in the film, can somehow also become an example for the character of Jasmine.”

“Profeti” is the story of the confrontation between Sara (Jasmine Trinca), an Italian journalist who went to the Middle East to report the war of the Islamic State, and Nur (Isabella Nefar), a radicalized foreign fighter in London who married a militiaman and is now lives in the Caliphate. Sara is kidnapped by Isis and as a woman, as an inferior being who has dignity only if subjected to the male, she cannot stay in a prison where men are also present.

For this reason it is entrusted to its “equal” in custody: a woman.

Nur becomes his captor. Nur’s house, his prison. And that house in the middle of an Islamic State training camp will be the place where Sara and Nur will confront each other.

An almost impossible confrontation that turns into psychological warfare while bombs explode around and enemies are burned alive for revenge.

A confrontation made up of silences, subtle blackmail, and Nur’s progressive attempt to convert Sara.

After telling the story of Stefano Cucchi in On my skin, Alessio Cremonini deals with equally topical themes: imprisonment, women’s rights, the Middle East, religion, the clash of civilizations. «These are the themes of my investigation: the tool is cinema. A cinema understood as a “journey” that reveals stories, which travels along roads that are not well traveled. A political cinema. A radical cinema. An essential cinema» – declared Cremonini – «A film about two Western women who have made diametrically opposed choices. Sara, an Italian journalist kidnapped by Isis during a war report in Syria, and Nur of her who keeps her prisoner for months in a house built in an Islamic State training camp. What cinema can and must do is stage the story of Sara and Nur without Manicheanism or rhetorical simplifications. In fact, this story is not only a metaphor for what is happening in many parts of the Middle East, but it concerns us closely. Because, by now we know, if a fire starts on the other side of the Mediterranean, then the flames will also reach us».

The film begins with the words of a Kurdish fighter interviewed by Sara, the Italian journalist played by Jasmine Trinca: «I fight for the Kurds, for freedom and for women. In the Middle East, if you are a woman, you must learn to defend yourself as soon as possible. Here, most of the regimes are based on the submission, on the oppression of women. This is why the only people who can change this mentality are women», words that immediately bring to mind what is happening in Iran.