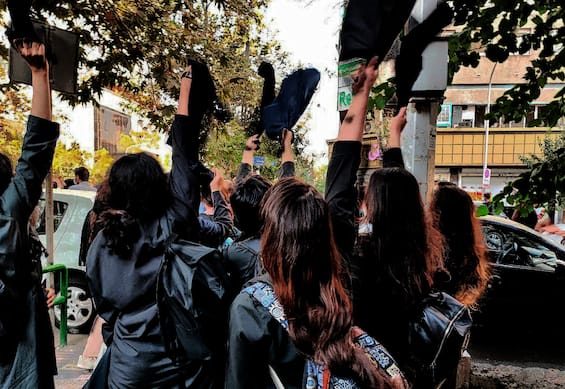 Thirty-ninth day of protest in Iran. Since September 17, the day of the funeral of Mahsa Amini who died while she was in custody for having badly worn the veil, clashes between demonstrators and law enforcement agencies continue. The victims of the police grip from the beginning of the riots would be 248, including 33 children, according to reports from the BBC citing data collected by Hrana, a news agency of human rights activists, while the arrested are already several thousand.

The anti-regime protest over the days has spread and reached various sectors of civil society. First women and young people, then school students and gradually teachers, doctors, workers in the energy sector. In the next few hours, a further increase in tensions is expected, because tomorrow the period of mourning, which traditionally lasts 40 days, will end. The number of deaths is added to that of those who lost their freedom during the “riots”. Those arrested – the Guardian reports – would already be over 12 thousand. Last Monday, a new wave of repression announced by a judicial official: according to the numbers of Hrana cited by Reuters, 315 people have been indicted on charges of “gathering and conspiracy with the intent to damage national security, propaganda against the system and aimed at triggering public unrest “.

The Italian under arrest

Among the thousands of arrested there is an Italian. “I am following with the utmost commitment and with great determination the case of Alessia Piperno, the young Italian detained in Iran. I reiterated this to her father Alberto during a long and cordial phone call”, tweeted the new Foreign Minister Antonio Tajani.