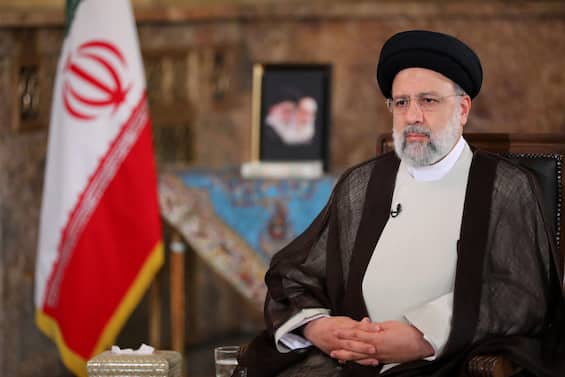 “We will not show mercy to enemies”: Iranian President Ebrahim Raisi declared during a ceremony, referring to the anti-government protests in the country. BBC Persia reports it. Raisi called the protests that began in response to Mahsa Amini’s death a “disturbance” while he was in the custody of the morality police.

At the same time, Raisi assured that “arms are open to all who have been deceived.” Iran’s news agency for human rights activists (Harana) estimated that 507 protesters died between 27 September and 5 December in protests over the death of Mahsa Amini. The number of prisoners is between 14,000 and 16,000. The Iranian government insists that the ongoing protests are a “conspiracy of enemies” and those arrested are considered either “deceived” or “enemy elements”.

President Raisi described the protest marches as “riots”. “Hypocrites, monarchists, counter-revolutionary currents and all those who have been harmed by the revolution have joined the protests,” he told a crowd gathered outside Tehran University to pay tribute to the remains of 200 soldiers killed during the Iran-war Iraq of 1980-1988. “The arms of the nation are open to all those who have been deceived. The young are our children,” he said, but “we will have no mercy on hostile elements.” Iranian officials accused the Islamic Republic’s “enemies”, such as the United States and other Western countries, of instigating the protests. “If you think you are achieving your goals by spreading rumors and dividing society, you are wrong,” Raisi said.