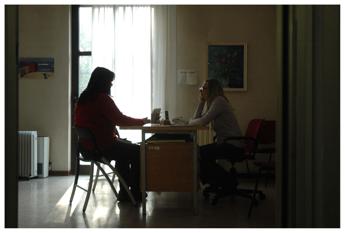 The health emergency due to the Covid-19 pandemic has left its mark not only on the economic fabric of the country, but also on the emotional and psychological sphere of many of us. A considerable number of people, in fact, found themselves dealing with disorders such as anxiety, depression, stress and psychological fragility, more or less directly linked to the situation and to a suddenly uncertain and changing context. To try to concretely help citizens in combating these problems, the Legislator, with the decree law of 30 December 2021, converted into the law of 25 February 2022, number 15, introduced the psychologist bonus as a further form of economic support.


The measure was designed to provide help in supporting the expenses related to psychological and psychotherapeutic assistance paths. The psychologist bonus is disbursed by INPS following a specific application, also through an IT procedure, to a variable extent depending on one’s isee and in any case with a maximum ceiling of 600 euros per person.

The contribution, for which € 10 million had initially been allocated, met with considerable interest among citizens and the growing number of applications led to an increase in funds for a total of € 25 million, thanks to the greater resources introduced with the Aid Decree bis in force from 1 August 2022.

To underline the success achieved by the psychologist bonus, here are some data. In the first 9 months of 2022, INPS received over 318 thousand requests for services. At the regional level, the highest numbers were registered in Lombardy with 49,819 applications, followed by Lazio with 38,226 and Campania with 29,152. Among the big cities, Rome is in first place with 31,160 applications, then there are Milan with 20,000 and Turin with 16,409.

The psychologist bonus is intended for citizens: with a valid isee not exceeding 50 thousand euros, residing in Italy, who are in a condition of depression, anxiety, stress and psychological fragility due to the socio-economic crisis due to the emergency pandemic, who are in a position to be able to follow a psychotherapeutic path

It should be noted that there are no age distinctions to obtain the psychologist bonus and this is a particularly important aspect of the facilitation, given that it is precisely minors and children who have often suffered from the psychological distress due to the great changes that the pandemic has brought in their everyday life. Just think of distance learning (dad), which, on the one hand, has made it possible to carry on school teaching programs, on the other has removed young and very young people from direct contact with their peers.

Each amount assigned is associated with a unique code to be transmitted to the professional where the psychotherapeutic session is carried out. The recognized amount must be used by the citizen within 180 days from when the application was accepted, under penalty of cancellation of the unique code.

Applications to obtain the psychologist bonus can be submitted by 24 October 2022 electronically on the INPS website, by accessing, through authentication with Spid, Cie or Cns, the ‘Contribution to psychotherapy sessions’ service in the specific section’ Services and services. ‘. Alternatively, applications can be submitted through the multi-channel contact center service accessible from the landline free of charge at the toll-free number 803.164 or from the mobile network at the number 06.164164 for a fee at the rate established by your telephone operator. The questions acquired in the Inps management systems are subjected to centralized automated investigation. At the end of the application submission period, the rankings of eligible citizens will be drawn up. The outcome of the application will be communicated by the INPS to the citizen via text message and e-mail. The bonus will be paid within the limits of available resources, starting with people with the lowest ISEE and according to the order in which the application is submitted.