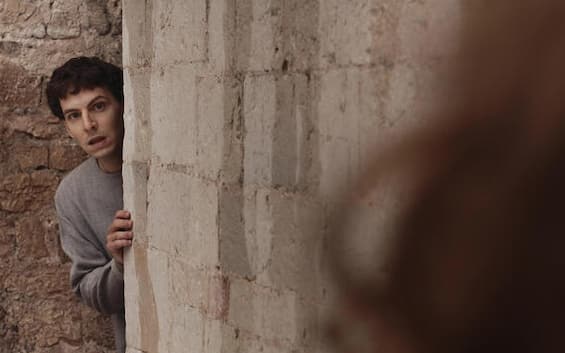 The great poet. “Dante” told in the cinema by Pupi Avati

Man, his political ideas, his exile, his wandering until the creation of his greatest masterpiece. An ambitious and intimate film arrives in cinemas on 29 September. Sergio Castellitto is Boccaccio, a loyal admirer who embarks on a journey to Ravenna to symbolically compensate the daughter of Alighieri, who was expelled from his beloved Florence.

In the difficult roles of a young Dante and his Beatrice, Alessandro Sperduti and Carlotta Gamba.

Here is the interview with the protagonists

Mr. Avati how did you approach Dante Alighieri’s inner world?

“My first approach is dictated by the gratitude that is due to a person who has gone through the pain that his life reserved for him from when he lost his mother as a child, to when he lost Beatrice, up to the exile and perennial begging he has lived for 20 years during the composition of the “Divine Comedy”.

I would say that through all these pains he has reached the highest, most ineffable form of poetic measure, to which no poet has ever reached.

His is a sort of mysterious omniscience that makes this text sacred and therefore I approach this very special film and I believe unique not only in my filmography but also in Italian filmography, with the ambition of being able to finally and to some extent tell, the man. I wanted to tell the human being who is totally absent from all the academic biographies I have read.

Keep in mind that I have spent more than twenty years of my life studying Dante, accompanied by all the most emeritus “Danteists” and they themselves have somehow “thanked” me for having identified Boccaccio, the exegete, the most close to Dante than a poet can be close to another poet.

I decided to tell this human being by imagining him as a perpetually boy, because I believe that Dante is that young man who one day saw Beatrice and who in front of the Church of Santa Margherita dei Cerchi, stops, turns, looks at her and says: “I greet you” . I believe that in that greeting, as Boccaccio says in the film, there is all “the emotion of the world”, there is our emotion and that is where the history of Western culture is born. “

Even Boccaccio / Castellitto in the film at one point says: “Dante I can only imagine him as a boy”. Why do you think?

“Because poetry belongs to that period of life. I’ll tell you one thing: I’m 83 years old and I show them all and I feel them in my body which is so recalcitrant on all fronts, but my intellectuality has remained that of when I was 14, as well as my ability to imagine. I really tried to get in touch with Dante, mediated by Boccaccio, and to offer a seductive cross-section of him, contrary to how we know him at school where they often make him unbearable. I wanted in some way to make him become one of us and above all I believe that only through the reading of the “Vita Nova” can we really know him “.

And how did you try to make Beatrice, who obviously is imbued with many meanings in Dante’s poetics, real and alive?

“The Beatrice that I imagined is obviously not Barbie, she is not a beautiful Californian around Florence. She is quite a Beatrice aware that she is Beatrice. After the woman’s death he undertakes to write her what was never written for a woman and he succeeds. In my film, therefore, at a certain point Beatrice herself participates in the creative act and suggests some parts of her poems. I guarantee you that on the set, these moments were very emotional, strongly touching, which made me move. “

How and in what way can the Dante of this film be presented?

“I believe that one of the merits of this film is that it tells us in a new light a character that we all know naturally by cultural and social automatism and of whom we also know the famous image of him in profile with the laurel wreath. The film instead makes this figure explode and tells us about a man who has passed a hellish life. A man who has been exiled, who has been expelled, who has not been able to enjoy the love of his life, who has been poor and who has also been a soldier. These points would be enough to understand that Dante was not only “to see the stars”. Pupi’s fictional gimmick is successful because it combines this unaccountable figure with the figure of another great poet (Boccaccio) who crosses Italy to offer this sort of reward to the figure and memory of Dante and all that he has been through, and he does it with his feet, with his hands full of scabies and with physical fatigue. For me, for example, “corporality” was very important in the film, because when you say: “you have to be a poet” everyone thinks they have to do it “plane” but that’s not true, because the poet sweats, the poet stinks, the poet fatigue, the poet cries, the poet is hungry. “

How would you describe Boccaccio’s “love” for Dante?

“I think it’s a filial admiration, almost. I really like, in the film, the moment in which Boccaccio cries like a child and to Dante’s daughter he says: “if I think back to your father, I can only imagine him as a child”. Which then is the unique, absolute and timeless image of the figure of an artist. The artist always imagines him as a child ”.

In what historical period did Dante live? What was Florence?

“That era, that Middle Ages I believe has always been told to us in the wrong way. T.I believe that it was also an incredibly sensual, spiritual and also dark age of course… but I find that gloom does not leave us even today! The film manages to tell us a world and an era from new perspectives. I find it a very contemporary film that also tells us about today ”.

“I admit that I have always lived the figure of Dante with a certain distance and also with a certain fear. I saw him as a mysterious and austere man, he was definitely an image I didn’t feel close to. The beauty of this film, on the other hand, I think lies in the desire to get to know it more closely, more intimately. Imagining that behind that love that we all know there were simply boys has completely kidnapped me! “.

“The nice thing that happened with Pupi (Avati) is that we have tried to make Beatrice real and aware, also to thicken her with the director’s feelings and mine and with all that Dante brought back to us. I find that Beatrice in this film is a bit like the union of many personalities and many facets ”.