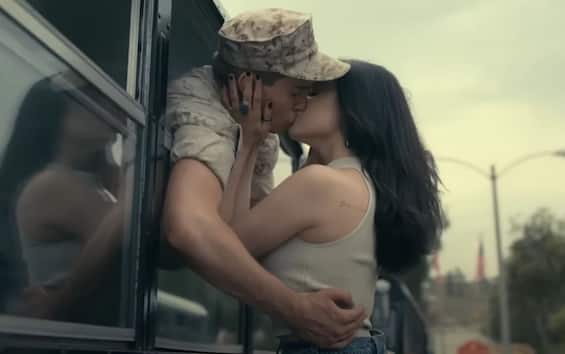 Last July 29 the film entered the Netflix catalog Purple Hearts, a romantic drama that is enjoying great success with the public. While the plot isn’t particularly compelling or groundbreaking, the film is a modern fairy tale starring Sofia Carson and Nicholas Galitzine as Cassie and Luke, respectively. The plot, unlike what many think, is not taken from a true story but is inspired by the novel of the same name by Tess Wakefieldreleased in 2017. A few days after the release of the film on Netflix, the first rumors are circulating about a possible sequel, Purple Hearts 2 but at the moment the producers do not confirm, since it is premature to talk about a second project for a film which saw the light just a few days ago, even if the conditions seem to be all there.

The plot of Purple Hearts

Behind the production of Purple Heart is the house of Alloy Entertainment, which has previously written romantic comedies such as Gossip Girl, Pretty Little Liars and The Vampire Diaries. The plot of Purple Hearts follows that of many other dramatic romantic comedies and tells the love story of two lovers who are not particularly lucky and who will have to overcome numerous obstacles before crowning their dream of love. Yet, aspiring singer-songwriter Cassie and military man Luke, despite the apparent difficulties, try in every way to achieve their dream. “Purple Hearts is one music celebration, humanity and heart. It is a timeless love story that involves two people who find each other despite their differences and against all expectations. We are confident that this story will find favor with viewers around the world and anyone who has ever been in love, ”said the producer. Elysa Dutton.

The cast of the film Purple Hearts

The female protagonist of Purple Hearts is Sofia Carson, known to the public for having starred opposite KJ Apa in Songbird. Luke, the male lead, was supposed to be played by Charles Melton, star of Riverdale, but the last to take his place was Nicholas Galitzine, famous for starring in Cinderella. Sofia Carson’s singing and musical skills are well known to insiders, so the actress also curated the film’s soundtrack. Cast members also include Anthony Ippolito, Linden Ashby, John Harlan Kim, Chosen Jacobs, Kat Cunning, Scott Deckert, Breana Raquel, Sarah Rich, Kendall Chappell and Nicholas Duvernay.

Tess Wakefield did a great deal of research on the writing of the book, in particular she worked on the characterization of the characters. Tess Wakefield has mainly studied Luke’s personality, in such a way as to make credible his fight against internal demons and against the addictions, analyzing in depth the life and military dynamics, which are central to the plot of the book. There’s a lot of work behind her on Cassie too, particularly making her fight against the diabetesa disease from which he suffers and which is present in numerous dynamics.