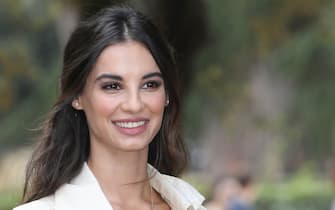 Francesca Chillemi is the female protagonist of the new fiction Purple like the sea, awaited serial television project. The actress plays Viola Vitale, a fashion journalist who starts working on crime news

Viola moves from Paris to Palermo, her hometown, and sets out in search of the father she never met

In Sicily, Viola meets Inspector Francesco Demir (actor Can Yaman) and begins to work side by side with him on some cases that require an investigative effort

Can Yaman and Francesca Chillemi at the Venice Film Festival. PHOTO

Can Yaman, beloved interpreter of fiction on the small screen, gives the face to Demir, a shrewd inspector with a difficult character

Can Yaman, photo story of the actor

Francesco Demir is the chief inspector of the Palermo police with a great talent in his work. He loves women but doesn’t believe in stable relationships

WATCH THE VIDEO: Can Yaman, 10 curiosities about him

Viola come il mare is a detective story with romantic streaks. The spark struck between the two protagonists on the set. The couple is one of the most followed by homegrown gossip fans and celebrities

Purple like the sea, Can Yaman in Palermo for the TV series PHOTO

In the cast of the fiction there is also Chiara Tron, interpreter of Tamara Graziosi who will make a great friendship with Viola

Can Yaman is the face of the #sceglilastradaGIUSTA campaign

Veteran of fictions, especially those of an investigative nature, Simona Cavallari in Purple like the sea is Claudia Forensi

Simona Cavallari and Chiara Tron pose with Giavanni Nasta, also in the cast, in the role of Turi D’Agata

Among the performers, also Romano Reggiani in the role of Raniero Sammartano

David Coco, already seen there The hunter And Giovanni Falcone – The man who challenged the Cosa Nostra is Santo Buscemi

Daniele Virzì, an actor from Catania from the world of theatrical acting, plays the character of Rosario

Purple like the sea is directed by Francesco Vicario (center), director of many small screen hits from God help us to The Cesaroni