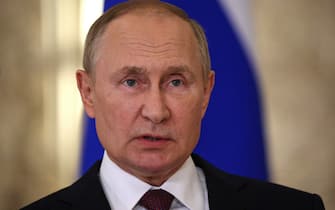 The threat of Vladimir Putin to use nuclear weapons it could be counterproductive also on the domestic front. The hypothesis that the Russian president can use those types of weapons has put up the West is on the alertas well as the military elite of Moscow, fearful of a reaction from NATO. And, according to analysts, it would already be there a movement of very strong opinion that he would be working in the shadows for the Putin’s removal. To explain it is the Daily Mail

WATCH THE VIDEO: Times, Putin prepares for nuclear test on the Ukrainian border

According to the British newspaper, the Tsar’s military elite would stand thinking about the coup for prevent an international escalation. A key figure in this sense would be that of Evgeny Viktorovich Prigozhinthe Russian oligarch close enough to the Kremlin to be considered Putin’s “chef”

Putin is reportedly preparing a nuclear test on the border with Ukraine. What do we know

Furthermore, as emerged a few days ago, Abbas Galljamovwho has written the Russian president’s speeches for years and who now lives in exile, explained: That’s Putin “weak” to be able to resort to nuclear weapons as a last resort with the risk, however, of causing a coup

“If he had no other way out”, explained Galljamov a Republic“It is not excluded therefore that Putin may decide to launch a nuclear attack on Ukraine. Sure, he doesn’t want that. This would be the extreme ratio. But the question is if the army will obey him. Because, if Putin ever decides to launch a nuclear attack, it would mean that he has been totally defeated in terms of conventional weapons and that he has lost all legitimacy in the eyes of the officials. That they might refuse to carry out his commands. And the refusal would be a coup ”

“Putin feels cornered and it can be quite dangerous and reckless, “he further warned in an interview with Cbs the director of the CIA, Bill Burns. The Russian president must “be concerned, not only with what is happening on the battlefield in Ukraine but also with what is happening at home and at the international level “, the number one of US intelligence underlined, recalling that, despite the promise of” friendship without limits “, China has refused to offer military support for the offensive in Ukraine

After all the figure of Putin appears increasingly isolated and that of Russia increasingly in difficulty in the military aggression against Ukraine, with the discontent of the Russian soldiers that has been brewing for months now and with the Ukrainian troops who they are liberating the areas occupied by the Russians

It should be emphasized that Meanwhile, clarifications continue to arrive from the Kremlin on the nuclear issue. Russia is ” fully committed ” to preventing a nuclear war from being fought, Russian Foreign Ministry spokeswoman Maria Zakharova said yesterday during a press conference, stressing that Moscow’s position on the matter has not changed. But international and other fears remain

Putin signed the annexation of the Ukrainian territories after the referendums: what happens now