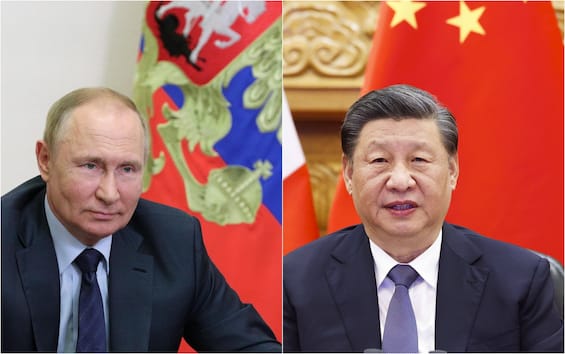 Collaboration between Russia and China intensifies. This is what emerged from the online conversation between the President of the People’s Republic of China Xi Jinping and his Russian counterpart Vladimir Putin (LIVE UPDATES ON THE WAR IN UKRAINE).

In fact, the Chinese leader affirmed that his country is ready to strengthen strategic cooperation with Russia, especially in an international situation defined as “complicated and far from univocal”. A strengthening of collaboration in order to “provide each other with development options and to be global partners for the benefit of the peoples of our countries”, declared the Chinese president. The cornerstone of the renewed partnership between the two countries is obviously technical-military cooperation to guarantee the internal security of the two countries and stability in the region.

During 2022, the two leaders always kept in contact, so much so that Tass, the official Moscow press agency, writes of two face-to-face meetings, several phone calls and constantly maintained strategic contacts, in a report defined as “resilient” by Xi Jinping.

During the videoconference Putin also spoke about the Russia-China relationship, declaring that relations between Moscow and Beijing “are the best in history and represent a model of cooperation between the major powers of the 21st century” and defining the growth of the partnership Russian-Chinese as a “stabilizing factor” in the context of growing global geopolitical tensions.

Putin has also given great willingness to receive his Chinese counterpart in Moscow next spring. “We are waiting for you, dear Mr. President, dear friend with a state visit”, were his words.