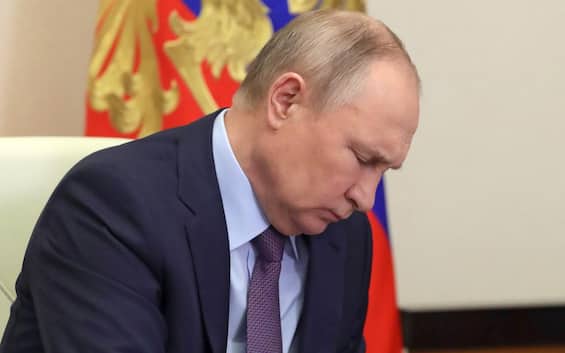 No Russian gas for those who apply the price cap. The threat comes from Moscow, directly from President Vladimir Putin. And on the issue of gas supplies, he warns: “Russia is ready to supply further volumes of gas to Europe in the autumn-winter, the ball is in the field of the EU. Moscow is ready to supply gas through the Nord Stream 2 line. “. This is precisely the pipeline that was never activated following the Russian invasion of Ukraine (WAR IN UKRAINE: THE SPECIAL – THE UPDATES).

Putin: no gas to countries that apply price caps

Putin is clear about the application of the price cap to gas supplies and warns European states: “Moscow will not supply energy resources to countries that limit their prices, it would be a threat to the well-being of billions of people. The attack on Nord Stream is international terrorism, a very dangerous precedent. The United States – he attacks – can force Europe to buy their liquefied natural gas “.

Putin: the beneficiaries of the Nord Stream rupture are the US

Russian President Vladimir Putin spoke at the energy week underway in Moscow, and also recalled the breakup of the Nord Stream. “The beneficiaries of the Nord Stream rupture are obvious: the US and countries with alternative supply routes. The purpose of the terrorist act against the Nord Stream gas pipelines was to undermine the energy security of the entire continent. Behind the sabotage lies someone who wants to completely cut the ties between Russia and the EU and thus weaken Europe “, he concluded.