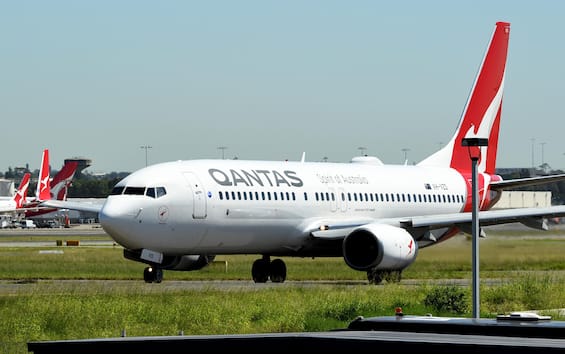 There are at least 100 managers to whom Qantas, the national airline of Australia, has asked to play frontline airport roles, such as that of baggage handlers, given the post-lockdown problems affecting the company and with the aim of counteract the labor crisis. And trying to avoid, as explained in an article in “The Guardian”, the chaos that has caused numerous flights canceled since the beginning of the summer.

The communication to the executives came, through an internal email, sent by the operations director of the company, Colin Hughes. The communication, according to what emerged, provides that managers, on a voluntary basis, can operate in emergency and in the airports of Sydney and Melbourne, for a period of three months starting from August, in tasks related to the loading and unloading of baggage as well as and driving vehicles used for the transport of suitcases. All after at least 1,600 baggage handlers were fired during the lockdown period.

The recent inconveniences of the airline

The Australian airline recently apologized to its passengers after a series of complaints related to delayed and canceled flights, long queues at the airport and lost luggage. And, with this decision, he hopes to solve the most serious problems, even by scheduling fewer flights in the next month. The airline’s chief executive, Andrew David, acknowledged the difficulties Qantas experienced in the aftermath of the lockdown. And a spokesperson for the company said that, in this sense, the airline is striving to improve its services: “We have been sincere that our operational performance has not met our customers’ expectations or the standards that we expect from ourselves and that we have done everything to improve our performance, ”he said. “We will try to repeat what we have done in the past during busy periods, such as when, starting from Easter, around 200 employees from the headquarters helped out at various airports.”