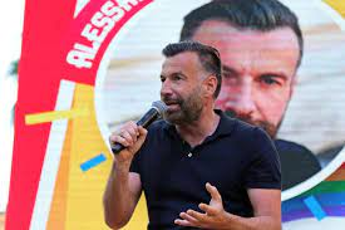 The Pd deputy: “Evidently there is economic blackmail underneath”

“Despite the apologies from its president, despite the justifications, Fifa demonstrates that it makes economic interests prevail over human rights: we saw the video on social media of that fan who was forced to take off his rainbow cap. There is no only the theme related to the players, but also to the people who go to watch the game and show symbols of tolerance and freedom. Fifa it should establish by statute that the World Cup and sporting competitions are hosted there Countries that respect human rights. They should make it a condition. This would also help those countries that apply real repressions to evolve”. Alexander ZanPd deputy, promoter of the bill on measures to prevent and contrast discrimination and violence for reasons based on sex, gender, sexual orientation, gender identity and disability.


“Some symbols are very strong – he explains – they can question regimes and tyrannies and this is why Qatar forbids rainbow bands, because they evoke a freedom and respect for rights that are denied in those countries: evidently below It’s economic blackmail.”