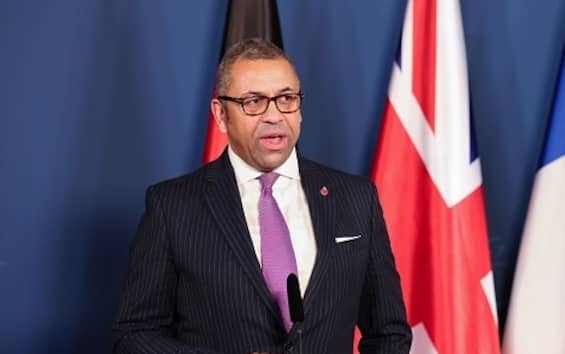 It has now become a mantra. “Be respectful of the host nation” the Minister for Foreign Affairs, Commonwealth and Development in the United Kingdom James Cleverly repeats to the British LGBTQ fans ready to leave for the soccer World Cup scheduled for November 20 in Qatar. A country where homosexuality is illegal, with penalties ranging from prison to the death penalty. Cleverly personally defended their participation in the tournament, declaring that he had spoken to the Doha authorities to “find out how they will treat our fans and those of the rest of the world”.

Cleverly: My job is to ensure that visitors stay safe

“I visited Qatar ahead of the World Cup to make sure English and Welsh or any other British fans can go to the World Cup and stay safe,” Cleverly told Foreign Affairs Committee MPs. Then he added “I understand that there will be people who are uncomfortable with Qatar, but my job is to make sure that the people who visit are safe, protected and have fun” underlined the minister “but they know they will have to compromise in terms of what an Islamic country with a very different set of cultural norms from ours”. Then he added “one thing I would say to football fans, is please, respect the laws of the host country”.

Concerns have been raised from LGBTQ fans that they will travel to support England and Wales in the World Cup as same-sex relationships in the Arab country are banned. The tournament organizers themselves have warned against public displays of affection although they have also said that everyone, regardless of their sexual orientation, is welcome.