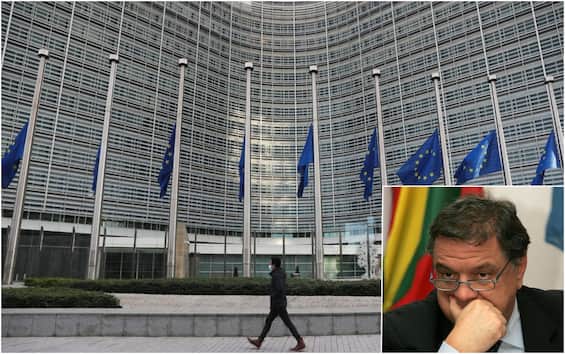 The agreement between Pier Antonio Panzeri, the former MEP involved in Qatargate, and the Belgian justice which had already led to a reduction in his sentence, led the Belgian authorities to renounce the handing over of his wife and daughter. Today the Belgian investigators who are investigating the corruption system that has involved some MEPs or former MEPs and which has brought the former MEP Antonio Panzeri, his former collaborator Francesco Giorgi, and the former EU vice president Eva Kaili to prison and who , in Italy, took Panzeri’s wife and daughter under house arrest and the family accountant, will be in the Public Prosecutor’s Office in Milan, where the possible opening of an independent file for money laundering is being evaluated.

After the one-year prison sentence for Panzeri, therefore, the first concession is for his wife Maria Dolores Colleoni and daughter Silvia, who could soon be free. On the day of Andrea Cozzolino’s self-defense on the proscenium of the European Parliament, thrown into the political cauldron of Qatargate by his former colleague Pier Antonio Panzeri, the collaboration agreement between the repentant former MEP and the Belgian justice system seems to begin to give fruit with the federal prosecutor of Belgium who decided to renounce the delivery of the two women so far under house arrest in Italy. An act on which clarification is now awaited by the Brescia Court of Appeal to understand if both will be able to return to freedom. A twist that could herald others, so much so that the lawyer of the former vice president of the European Parliament Eva Kaili, Mihalis Dimitrakopoulos, hastened to predict the announcement by the “unreliable” collaborator of justice Panzeri of other politicians entangled in the plot of corruption.