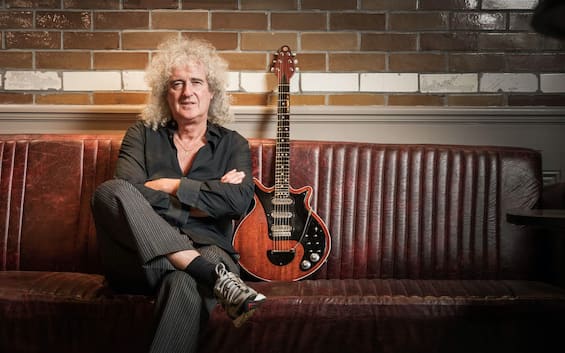 That boy has come a long way who at sixteen built himself, with the help of his engineer father, a guitar worthy of the Fender Stratocaster that the family could not afford. Today Brian May he is recognized as one of the greatest virtuosi of the instrument in history and is also famous for his commitment outside the world of music. Perhaps it was destiny that a member of a band called Queen ended up being awarded by the highest exponent of the English monarchy with the title of Sir. Now the unmistakable mop of Sir Brian Harold May stands out among the 1107 heads chosen in this 2023 to be able to boast this honour, accepted by the musician with his usual class and irony.

A title that would have made mom and dad happy

The list of gentlemen who have been knighted by a reigning monarch includes names such as Sir Paul McCartney, Sir Mick Jagger, Sir Ringo Starr and Sir Elton John. A further reason for pride for Brian May who however confessed that he first thought of you parents when he received the news: “This title would have been a great honor for my father, who is no longer here with us. But I think both my parents would have been thrilled. On the other hand, I think this is one of the first thoughts that cross your mind when someone gives you an honor: oh my father and mother would be happy about it!”. May then revealed that, among the first to whom he revealed the good news, there was also a life partner for long stretches of his existence, that Roger Taylor Queen drummer with whom the misunderstandings seem to have ended for some time now: “Obviously I immediately communicated the news to Rog, who sent me his sincere wishes and congratulations. We have gotten along well over the past few years and perhaps I should strike wood when I say this, as we have often argued in the past. But it is also true that we did it as brothers, loving and respecting each other. I can say that we are a support for each other”.

A Sir between guitars and asteroids

The official reason for the appointment of Sir has to do primarily with the great musical legacy of Brian May but not only. The artist was in fact chosen by King Charles for “his services rendered to music and for the work done in charity”, certifying the importance of the pure social battles in which the guitarist has been engaged for years. Brian May has always been at the forefront of various issues now rightly considered fundamental such as environmental protection, for example through campaigns against badger culling and fox hunting: “I have always considered the idea of ​​those who think that humans are the most important species on this planet. I’m convinced that, if an alien saw us, he wouldn’t think that way.” The reference to space and that world outside the Earth is not accidental for May, so fascinated by certain topics that he obtained a doctorate in astrophysics and raised awareness of the potential dangers of an asteroid impact through Asteroid Day (which he himself co -founded in 2016). In short, there are many commitments of the legendary guitar-hero, who will certainly not stop spending himself for the causes he believes in after becoming Sir: “I will consider the knighthood not so much as a reward, but as a task, so that I continue to fight for justice, to be a voice for the voiceless. I will strive to be worthy, to be that Knight in shining armor (Knight in Shining Armor in the official formula)”. May, who has already been awarded the title of by Queen Elizabeth II in the past Commander of the Order of the British Empire (CBE), therefore today further strengthens a bond that remains special with the reigning house (even if the times when it played God Save The Queen on the roof of Buckingham Palace in 2005). Now only one dilemma remains for the great guitarist to solve, how to call himself: “I don’t know if I should be ‘Sir Brian’ or ‘Sir Bri’ even though I believe that, officially, I should be called Sir Brian Harold May”, joked the man who, starting from the Queen, has also conquered the royals of England.