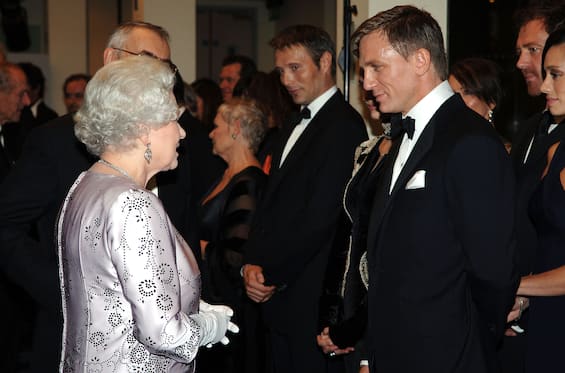 London 2012, the 30th edition of the Summer Olympic Games of the modern era, will certainly be remembered for the exploits of Usain Bolt and Michael Phelps, but also, and perhaps above all, for the appearance of Queen Elizabeth II in the show directed by Danny Boyle for the opening ceremony. Yes, because among the many actresses who played Elizabeth II of Windsor (SEE THE GALLERY), who died at 96 after 70 years of reign (THE SPECIAL), the most faithful to the original is certainly her, the Queen herself, on stage alongside Daniel Craig as 007 James Bond, for a short that has become iconic. For the record, even Craig, like the rest of the entertainment world (READ THE REACTIONS), expressed his pain with a touching message: “I, like many, have been deeply saddened by today’s news and my thoughts are with the royal family, those she loved and everyone who loved her, ”he said in the statement. “She leaves an incomparable legacy and we will miss her deeply”.

In the video that you can see embedded below, Craig arrives at Buckingham Palace and climbs the stairs to reach the Queen and accompany her, by helicopter to the London Stadium, where shortly thereafter, Her Majesty is expected for the opening ceremony of the Olympic Games. . James Bond is welcomed by the Queen’s corgi and Elizabeth II herself. The part shot inside the helicopter and the subsequent parachute jump is reserved for a stunt double. Elizabeth, with Prince Consort Philip, then reappears in flesh and blood at the entrance to the grandstand: mission accomplished, Bond.

In 2022 the video with Paddington

London 2012 with Daniel Craig was not Elizabeth II’s only foray into show business. In June 2022, for her Platinum jubilee, the Queen had tea with Paddington, a bear created by writer Michael Bond and already starring in two films (the third is coming soon), no less popular in the UK than James Bond. Particularly amusing the interaction between the two, with Paddington who does not seem to know and respect the Palazzo etiquette …

A QUEEN WHO CHANGED THE MONARCHY

The two sketches demonstrate once more the sense of humor, self-irony, the ability to offer herself to her people and to the world of a Queen who has profoundly changed the British monarchy, bringing it to a complicated passage of century and millennium without making them lose. popularity, indeed.