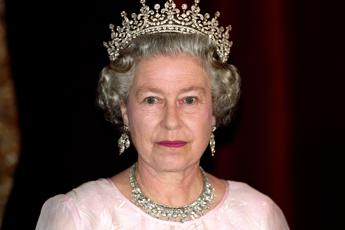 It had been a year since Elizabeth had appeared more fragile, although in March she had managed to overcome the covid

The 96-year-old Elizabeth II ascended the throne 70 years ago – who died today at 96 – she did her duty to the last. Two days before her death, the sovereign appointed Liz Truss as premier at Balmoral Castle, where she passed away today. And Elizabeth was photographed on this occasion standing and smiling, albeit fragile and leaning on a stick, while she shook hands with Truss, the 15th prime minister of her long career as a sovereign.


In early June, Elizabeth II briefly attended some Platinum Jubilee events, not missing the greeting from the Buckingham Palace balcony. But in the meantime, the four days of popular festivities were an immense manifestation of affection towards a beloved sovereign, which the polls indicated appreciated by eight out of ten subjects. It had been a year since Elisabetta had appeared more fragile, although in March she had managed to overcome the covid. On April 9, 2021, she had lost her beloved husband Filippo and the whole town was moved by the image of the sovereign, sitting alone in her pew in the church, in the restricted funeral imposed by the rules of the pandemic. Becoming a widow, Elizabeth began to miss some official events for health reasons. Last May 10, it was his son Carlo who delivered the traditional speech of the Queen in parliament.

Eldest daughter of Prince Albert, who became George VI when she ascended the throne on December 11, 1936, after the abdication of her brother Edward VIII, and Elizabeth Bowes-Lyon, Elizabeth II was born on April 21, 1926. And then there was nothing to predict that she would become the longest-lived king in British history.

Imperturbable in her manner, always careful not to let emotions transpire that could be interpreted as a political endorsement, guardian of constitutional orthodoxy, which wants the Monarchy to be extraneous to the public debate, the sovereign has managed to cross, adapting herself and the Crown, to the tumultuous changes in British society. From post-war austerity to ‘Swingin’ London, from the economic decline of the 70s to Thatcherism, from Tony Blair’s Labor revival to the Great Crisis of 2008, to Brexit.

It was the queen of records. You have traveled to over 120 countries on the occasion of over 270 official visits and participated in hundreds of thousands of ceremonies. On 21 April 2016, at the turn of the 90 years, all the primates of the sovereign who reigned the longest in the history of the British monarchy were celebrated, having spent almost two thirds of her life on the throne of St. James. On September 9 of the previous year, Elizabeth had already broken the reign longevity record previously held by her great-great-grandmother, Queen Victoria: 63 years and seven months.

Under the reign of Elizabeth there were 15 prime ministers, seven archbishops of Canterbury and seven popes. Another record, that of the longest-lived marriage, 73 years, more than any other monarch, with Prince Philip, married on November 20, 1947. The marriage with the third cousin – both were great-great-grandchildren of Queen Victoria – and heir to the throne of Greece, which Philip had to renounce at the time of marriage, was not arranged, but was perfectly adequate for a female heir to the throne since Philip had been educated in the duties of ruler.

On November 14, 1948, their first son, Charles, Prince of Wales and heir to the throne, was born. The second child, Princess Anne, was born on August 15, 1950, while the last two children – Prince Andrew, Duke of York and Edward, Earl of Wessex, were born after Elizabeth’s accession to the throne.

The sixth woman to become sovereign of the United Kingdom, Elizabeth II became Queen upon the death of her father, King George VI, on February 6, 1952. But the coronation at Westminster Abbey, in front of 8,000 guests, took place over a year later, on June 2. 1953, once the period of mourning for the deceased ruler ended.

In 2012, the United Kingdom, together with the Commonwealth countries, celebrated the 60th anniversary of the reign of Elizabeth, the Diamond Jubilee, the Diamond Jubilee, until then celebrated only by another British monarch, the Queen of Victoria (1837-1901 ) in June 1897. The enthusiasm was interpreted as a redemption of pride and popularity on the part of the royal family and the monarchical institution, which thus definitively emerged from a long crisis that began with a shock event for the royal family and for the whole United Kingdom: the tragic death of Lady Diana, the ex-wife of Prince Charles, beloved ‘Lady D’, who was killed on 31 August 1997 in a car accident under the Alma bridge, in Paris, together with her partner , the billionaire Dodi Al-Fayed.

Even before the long train of mysteries, inquiries and accusations, the death of the unfortunate and beloved Diana caused a real popular hysteria that turned into an unprecedented wave of anger against the royal family and Elizabeth herself. A poll conducted in those dramatic days revealed that 52% of Britons thought the country would be in better shape without the monarchy.

And for over a decade, popular sentiment towards the royal family did not improve much, if in 2002 Elizabeth celebrated her Golden Jubilee, her 50th anniversary, with a “falling popularity of the monarchy”, as recorded in a poll published at the time. from the Guardian. For this reason, faced with the great popular festival that invaded the streets of London, and of many other British cities, in June ten years ago, there were those who, like a Telegraph columnist, wondered: “Who could have imagined this in 1997, the year the Princess of Wales died? Who could have imagined that the monarchy could recover from the crisis and renew itself? “.

The turning point, of a reversal of the trend in the ten years between the two jubilees, the element that, to quote the Guardian again, “made the British fall in love with the monarchy again” and therefore with the queen, was another strongly media event, but opposite to the mourning one of Lady D’s death, the marriage of her eldest son William to Kate Middleton, a true masterpiece of media strategy by the “Firm”, the firm as the British royal family is often defined.

With the marriage, followed live worldwide by tens of millions of people around the world on 29 April 2011, the British monarchy has proved to be one of the most resilient institutions in the world, and its ability to capture the popular imagination does not show. signs of weakening. And if you can’t stand Prince William and his bride – the historian Dominic Sandbrook wrote on that occasion in the Guardian – I have bad news for you: they will stay with us for the next 50 years, you would do well to get used to them “.

On February 6, 2017, another record. Elizabeth becomes the first British ruler to celebrate a Sapphire Jubilee, the 65th anniversary of her accession to the throne. For the occasion, the queen preferred to celebrate in a minor tone, without pompous ceremonies, as she did on November 20 of the same year, privately celebrating, together with her husband, her seventieth wedding anniversary.

Meanwhile, in 2014, Elizabeth’s reign had overcome the risk of disintegration, with the referendum for the independence of Scotland. With a 5% margin, the Scots chose to remain part of the UK. That was one of the very rare occasions in which Elizabeth, although not explicitly and through her attitudes, rather than with her words, hinted at her political preference: obviously, in favor of maintaining the integrity of the kingdom.

Two years later, in 2016, another serious political crisis, with the referendum for Brexit and the exit from the European Union. This time, Elizabeth did not get involved, maintaining an inscrutable silence. The queen, however, albeit indirectly, made her voice clearly heard in January 2020, when Prince Harry and his wife Meghan Markle announced their willingness to retire from public office of the royal family, renouncing the ‘Sovereign Grant’. real prerogative, to become financially independent.

On the occasion, it was Elisabetta who managed the exit from the Royal Family of her favorite nephew Harry, dictating the times and methods of a ‘tear’ that in some ways reminded many of the one consumed in 1936 by Edward VIII. Other headaches for the image of the Royal Family, came to Elizabeth from her third son, Andrea, Duke of York, forced to plea bargain to avoid a civil trial in the United States on charges of sexual relations with a minor, in the context of the Epstein scandal. A story that cost Andrea the removal from public life.

But in her long reign, Elizabeth had never had to witness a drama comparable to that experienced by the entire planet in 2020 with the coronavirus pandemic. It was shortly after the lockdown decided by Prime Minister Boris Johnson, on April 5, that the sovereign spoke to the nation through a video message. A very rare event, which had occurred only three times in the course of her reign, if we exclude the traditional Christmas messages.

And on that occasion, Elizabeth appealed to the British spirit forged in the Second World War. “We’ll meet again”, said Elisabetta, we will meet again, borrowing the words of a famous song of the time, the notes of which resounded in 1945 when, very young, she served as a driver and mechanic in the Territorial Auxiliary Service, the civilian militia that supported the war effort. Elisabetta was known by the identifier n. 230873. That was the future queen’s first service to the nation she led for 70 years. Of all the rulers, only the Sun King reigned more than her, 72 years and 110 days.