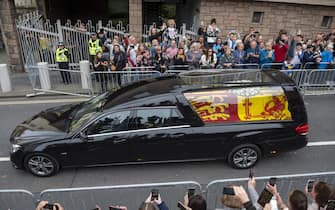 FUNERALS – There will be thousands of people at state funerals of Queen Elizabeth II, planned for September 19th. Among them there will also be 2 thousand political offices, between royals, presidents of the Republic and European and extra-European heads of governmentcoming from all over the world and especially from the Commonwealth countries, who will bring their condolences to the new King Charles III

WATCH THE VIDEO: Queen Elizabeth II, affection in the voices of the English

ABSENT PUTIN- The absence of the Russian President Vladimir Putin. The Kremlin says that “it is not taken into consideration the presence of the president. Will expect theannouncement of the protocol of the ceremony before deciding who to send “in representation of Moscow. In recent days, Putin expressed her condolences: “For decades, Queen Elizabeth II has rightly enjoyed the love and respect of her subjects and authority on the world stage”

MATTARELLA PRESENT – Instead, the President of the Italian Republic Sergio Mattarella, who announced his presence at Westminster in London. Will be absent on Prime Minister Mario Draghi, on mission in those days at the UN

Andrea and Duchess Sarah Ferguson will take care of the corgi

BIDEN – The US president will also be present Joe Bidenas announced by the White House, along with his wife Jill. Like other world leaders, he will have to try to fit the religious service with the UN plenary to be held in New York on September 20

King Charles III And the Commonwealth, the countries that could parade

ALMOST CERTAIN PRESENCE – Also Recep Tayyip Erdoganpresident of the Republic of Turkey, expressed his desire to be there, barring unforeseen circumstances last minute on the agenda

PARIS – LONDON – Even the French president Emmanuel Macron will be present at the ceremony, along with his wife Brigitte

Royal families around the world

THE EUROPEAN AUTHORITIES – The participation of Ursula von der Leyen, President of the European Commission, representing the Brussels institutions

EXTRA UE – From non-European countries the arrival of presidents and emperors: the Brazilian president has already confirmed their presence Jair Bolsonaro and the Japanese emperor Naruhito, still doubts about the Indian Narendha Modi and Chinese Xi Jinping

COMMONWEALTH – Different issue for the countries belonging to the Commonwealth area, which therefore formally had the queen as their head of state. There will be many prime ministers but not all: the Australian premier will be among the benches of Westminster Anthony Albaneseits Canadian counterpart Justin Trudeau and the New Zealander Jacinda Ardern

THE REAL PRESENTS – At the funeral of Elizabeth II there will be several European royal houses: have already confirmed their presence the Bourbons of Spain; i Saxe-Coburg and Gotha of Belgium (who boast kinship with the Windsors); the Orange-Nassau gods Netherlands; the Schleswig-Holsteins of Norway; the Glücksburg of Denmark and also the Bernadotte of Sweden (in the photo: the royals of the Netherlands, Belgium, Norway, Denmark, Sweden, Spain)