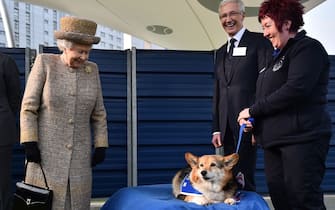 The love of the Queen Elizabeth for the animals it has never been a mystery: a passion inherited from his father George VI and cultivated throughout life. In particular, Majesty loved her very much dogs And horseswhich he had also assigned rooms to Buckingham Palace. But now the real animals are looking for one accommodation after the death of the sovereign

For the horses – two of which entered the royal stables on the occasion of Jubilee from Platinum, a gift from French presidents Emmanuel Macron and Azerbaijani Ilham Aliyev – it is not difficult to imagine its fate. There Princess Anna and his daughter Zara Tindall were Olympic champions: “It will be up to them to decide what to do with them now,” royal expert Claudia Joseph told the New York Post.

All updates after the death of Queen Elizabeth II

Different speech for i real dogs: the ‘royal watchers’ are wondering what will happen to his people Corgi and Dorgi. It might be staff of the palace – including Queen Angela Kelly’s seamstress and confidant – to continue looking after what’s left of the “moving carpet” that accompanied the Queen in each of his trips. According to experts, however, some members of the Royal Family they might take one or two

The Prince Andrewbeloved son of the queen in spite of the scandals sexual, for example, he had recently given his mother a Corgi it’s a Dorgiwhile William and Kate they might receive the other members of the ‘four-legged royal family’ in their new residence, Adelaide Cottage in Windsor

King Charles III, the reactions after the first speech

During his long lifethe queen owned dozens of dogsof which over thirty descendants of Susanthe Corgi that was given to her by 18 years. In 2018, however, after the death of the beloved WhisperElizabeth decided not to take any more. “She did not want to leave any young dog to death backwards“, he confided to his friends

The queen and Italy: travels for food and wine

In 2021, however, in full swing pandemic and during the illness of the husbandthe Prince PhilipElizabeth had bought the young woman Lissya cocker spanielto keep company with her and Candyan older Corgie in years with the queen

The queen’s love for her animals was also visible from the royal treatment which was reserved for them: in addition to the entrance to the royal stables for his steedsthe “royal dogs “ they still have one at their disposal room to Buckingham Palacethe ‘Corgi room’watched by ‘Doggie 1’ and ‘Doggie 2’, two servants in livery

Corgi are one British dog breed whose full name is Welsh corgi pembroke. They originate from Wales and are known for their liveliness and intelligence. The royal lineage of these dogs began with Susanwho when she died in 1959 was buried in a graveyard for pets to Sandringham: “Susan, born February 20, 1944 and died January 26, 1959, for nearly 15 years faithful companion of the Queen “, we read on tombstone

According to experts and the palace chroniclesthe queen’s passion for these cute dogs short legs began in 1933when a very young Elizabeth fell in love with one of the specimens of some friends family’s. Thus the Duke of Yorkfather of the queen and future king George VI, ne bought one for the daughter

In the 2015 however the queen had decided to stop breeding thembecause he didn’t want to leave any dog ​​alone after his death. In any case, Elizabeth never wanted sell them: when there were too many, or there gave to friends and relatives or kept them with him, too nine at the same time. On the other hand, there have never been any problems at Buckingham Palace space (as in the royal stables for his horses)