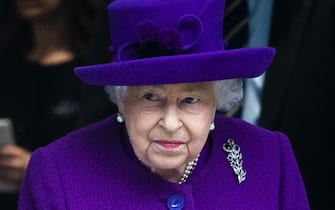 There Queen Elizabeth II she was a record-breaking sovereign: longevity, prime ministers and heads of state met, popularity. Yet, in her very long reign, which began in 1952 (with her coronation in 1953), she had to overcome a series of very painful events. Moments in which sometimes the sovereign was accused of coldness. But his composure even in difficulties was one of the keys to keeping the British monarchy steady. Here are the hardest moments of his reign

WATCH THE VIDEO: Elizabeth II, the numbers of a record reign

1953 – In the 1950s, Princess Margaret’s relationship with Captain Peter Townsend became public knowledge. Townsend’s divorced status made the prospect of marriage to the queen’s sister very difficult as the queen is the head of the Anglican Church and Christian marriage was considered indissoluble at the time. Margaret had to choose whether to give up her royal privileges to marry the man she loved. After two years of speculation, she decided not to marry Peter Townsend and in 1960 she married Antony Armstrong-Jones (photo)

All updates after the death of Queen Elizabeth II

1966 – The small Welsh village of Aberfan was devastated by a landslide from the debris of a coal mine, which engulfed the local primary school and other buildings, killing 116 children and 28 adults. Prince Philip immediately visited the site of the tragedy while the queen waited eight days after the disaster to go there. Some interpreted it as distance and coldness while biographers claim that she delayed the visit in order not to interrupt the rescue mission. This is thought to have been one of his biggest regrets

Sky TG24 special on the death of Queen Elizabeth

1992 – In a speech to celebrate the 40th anniversary of her succession, the queen said, “1992 is not a year I will look back on with sheer pleasure. It turned out to be an ‘Annus Horribilis’.” Diana and Charles (pictured). And that year also ended the marriage of the Queen’s second son, Prince Andrew, and Sarah Ferguson. In addition, a fire in Windsor Castle destroyed several rooms, damaging invaluable artifacts and paintings.

A life like Queen Elizabeth, the most beautiful photos

1997 – Diana, Princess of Wales, divorced from Prince Charles since 1996, died in a car accident in Paris on August 31, 1997. The Queen came under heavy criticism for not publicly addressing Lady D’s death for several days, opting instead for protect William and Harry in mourning. The sovereign spoke to the nation live on Friday, September 5, 1997 and in her deeply personal speech she said: “What I tell you now, as your queen and grandmother, I say from my heart”

United Kingdom, the members of the Royal Family from the 1930s to today. PHOTO

2020 – In January 2020, Harry, his favorite nephew according to many, and his wife Meghan Markle announced that they wanted to withdraw from public office of the royal family, also giving up the Sovereign Grant, a kind of real salary, to become financially independent. The queen had once again to put the rules of the crown in front of everything and with the usual aplomb she too replied to the accusations of racism in her entourage. Majesty of her towards Archie: “They will always be much loved family members” concluded

Queen Elizabeth’s death, what happens now: the stages up to the funeral

2020 – On April 5, 2020, the queen sent a message to the nation, to tighten the Kingdom in the efforts to fight Covid. You concluded the speech with the famous phrase “we will meet again”, a quote from a 1939 song by Vera Lynn and a symbol of hope for the soldiers at the front during the Second World War. The queen tested positive for the coronavirus in February 2022 but she overcame that challenge as well

2021 – The queen’s husband of 73 years, Prince Philip, died on April 9, 2021, at the age of 99. The Duke of Edinburgh had been a lifelong staple of the sovereign. The duke’s funeral was an event reserved for a few, due to Covid restrictions in the UK, with only 30 guests allowed to attend. Images of the event went around the world, with the Queen sitting alone in Windsor Chapel as she greeted her beloved husband.

In the traditional Christmas message of 2021 Elisabetta faced Philip’s death transforming the defects of the deceased into merits: “His sense of service, his intellectual curiosity and the ability to identify the funny aspect of every situation were natural and unstoppable. That mischievous and questioning glint caught in the moment of his end was as bright as when I saw him for the first time “