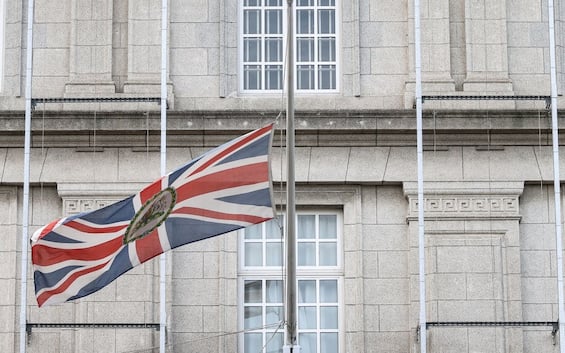 The British will be able to pay a final farewell to their queen, in fact, the coffin will be on display for four days, before the funeral on 19 September. Since she died in Scotland, there will be a first homage in Edinburgh, where her body will likely be displayed in St Giles’ Cathedral to allow subjects to honor the monarch. Then the coffin will be transported to London, where the body will be exhibited in the vast Westminster Hall, the medieval hall in the Palace of Westminster (where the Queen Mother was also honored in 2002, in front of which over 200 thousand people paraded). The coffin will be carried to Westminster Hall from Buckingham Palace in a slow procession, accompanied by a military parade and members of the Royal Family (GOODBYE TO THE QUEEN, THE SKY TG24 SPECIAL).

The day of the funeral will be “national mourning”

The Queen’s state funeral will take place in Westminster Abbey on 19 September. The Abbey is the cathedral where the kings and queens of Great Britain are crowned, and where Elizabeth II was crowned queen in 1953, and where she married Prince Philip in 1947. The day of the funeral will be “national mourning” and throughout the United Kingdom will be respected two minutes of silence. The Queen’s coffin will be transported from Westminster Hall to Westminster Abbey on the Royal Navy’s State Gun Carriage (the carriage that was last seen in 1979 for the funeral of Prince Philip’s uncle, Lord Mountbatten, pulled by 142 sailors of the Royal Navy). Senior members of the royal family, including the new king, are likely to follow them in procession.

She will be buried in the King George VI Memorial Chapel

After the funeral service, the Queen’s coffin will be carried in procession from the abbey to London’s most iconic locations, Wellington Arch, London’s Hyde Park Corner, before being transported to Windsor by hearse. The coffin will then be transported to Windsor Castle where Elizabeth II will be buried in the King George VI Memorial Chapel next to Prince Philip in the afternoon.