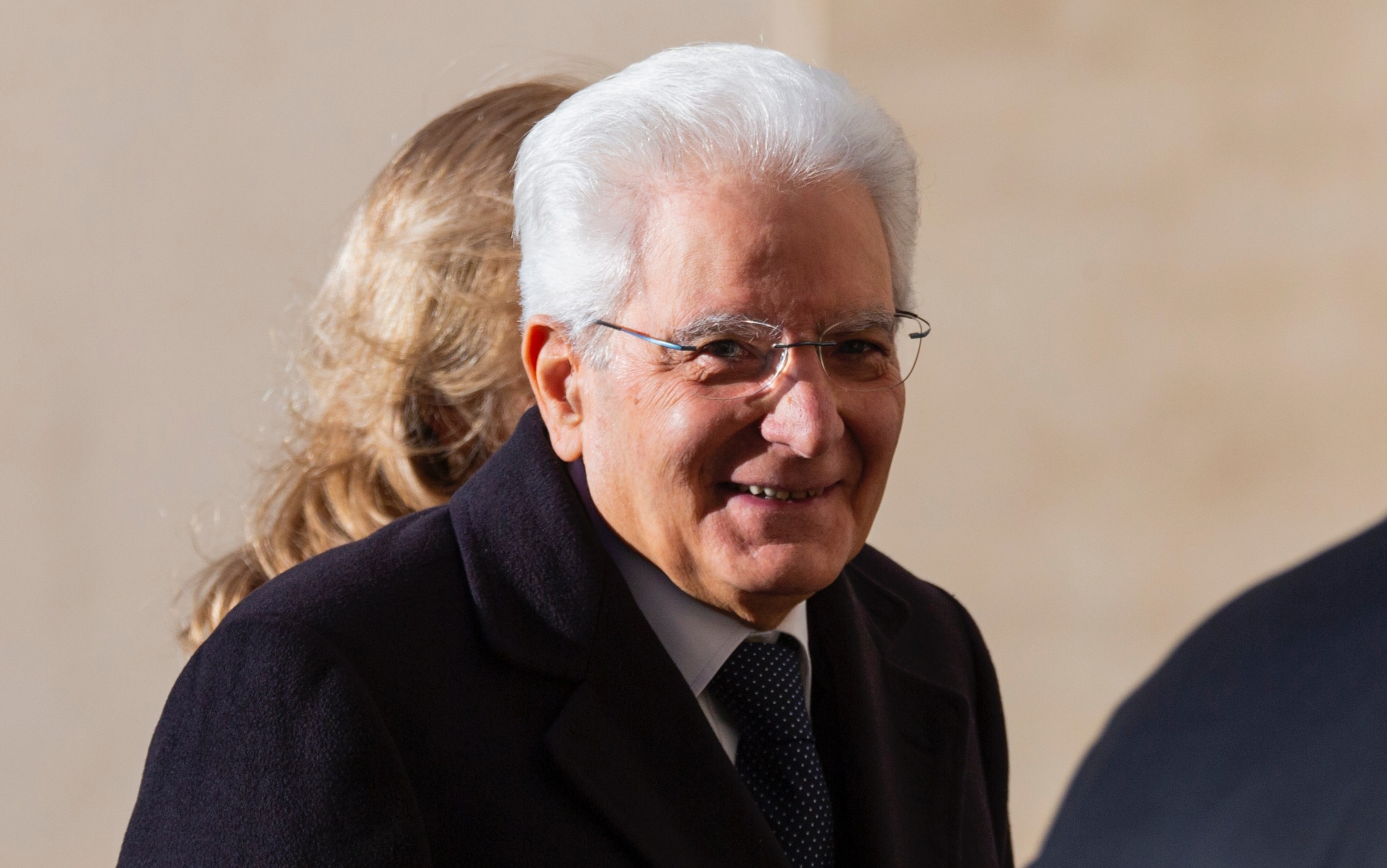 The government majority has found an agreement for the race to the Colle: the aim is for the re-election of Mattarella. The current head of state met with the premier for an interview. The leader of the League: “Mattarella is not a makeshift”. Berlusconi: “Today unity is only around him”. No by Giorgia Meloni: “Salvini asks Mattarella to come back. I don’t want to believe it, according to mandate strengthens the Constitution”. Letta: “We must be aware that politics has failed.” Over 380 votes on the seventh ballot, it is still smoked black

On the sixth day of voting to elect the next President of the Republic, an agreement was reached in the top of the majority parties: we look at the Mattarella bis. (THE SPECIAL OF SKY TG24 – LIVE UPDATES). The appeal for his second term comes from several fronts, from the center-left to the Lega and Forza Italia, starting with Prime Minister Mario Draghi. “For the good and stability of the country” it is appropriate for the current head of state to remain at the Colle, the prime minister said at the end of a half-hour conversation that was held this morning between the two. The group leaders of the majority parties then went to Mattarella “to express their willingness to indicate his name so that it is an option that becomes a reality”. The president said he was available. “A great joy”, said both the leader of Italia Viva Matteo Renzi and the Minister of Health Roberto Speranza (LeU), commenting on the agreement reached on the table of the majority. So too the Democratic Party: “It is a choice that I think makes all Italians happy”, said the secretary of the Democratic Party Enrico Letta. The only refusal to Mattarella’s re-election comes from the Brothers of Italy, who say they are compact on the name of Carlo Nordio.

Salvini: “Mattarella is not a makeshift”

The idea pleases the leader of the Lega Matteo Salvini. “A part of Parliament does not want to find an agreement, so we ask Mattarella to stay, and so the team remains like this, Draghi stays at Palazzo Chigi. It is my position, then I don’t even know if there is a summit “, said the leader of the Carroccio speaking to reporters in the Chamber, adding that” the important thing is that Mattarella is not perceived as a fallback “.

Meloni: “I don’t want to believe it”

On the opposite side, Giorgia Meloni moves instead, incredulous at what was declared by the leader of the League: “Salvini proposes that everyone go and beg Mattarella to do another term as President of the Republic. I don’t want to believe it “, wrote on Twitter. Meloni then said she would be “surprised” if Mattarella accepted re-election “after having firmly and repeatedly rejected this hypothesis”. For the leader of the Brothers of Italy, “the second presidential term cannot become a practice, forcing the balance provided for by our Constitution”. In any case, “Brothers of Italy will not support this choice which does not appear to have been made in the interest of Italy but rather for much lower calculations of opportunities. Republic in exchange for seven more months of government and legislature. Once again the Parliament proves that it is not up to the level of the Italians it should represent “, concludes Meloni.

The agreement on the re-election of Mattarella effectively sanctions the failure of the party negotiations on the shortlist of names that have followed one another in recent days as possible tenants of the Quirinale. Enrico Letta said this at the assembly with the great dem voters: “We were forced to ask the President of the Republic to be re-elected, this is the sign of a profound phase of political crisis. We must be aware of this.” However, Letta underlines how the decision to call the majority meeting, for which he claims the credit, broke the political impasse: “We and Forza Italia agreed this night”.

Berlusconi: “Today unity is only around Mattarella”

Silvio Berlusconi, who withdrew from his candidacy for Colle on January 23, also supports a second term of Sergio Mattarella. A “long and affectionate phone call” was held in the morning between the two – sources from Forza Italia confirm – in which the Knight assured the current president the support of the Azzurri for his re-election. Berlusconi himself reiterated this in a note released by the San Raffaele hospital in Milan, where he is hospitalized. “This is the moment of unity and we must all feel it as a duty. But unity today can only be found around the figure of President Sergio Mattarella, from whom we know we are asking for a great sacrifice, but we also know that we can ask him in the ‘superior interest of the country, the same one that he has always witnessed in the seven years of his very high mandate ”, wrote Berlusconi.

Conte: “Grateful to Mattarella, but we have lost the opportunity to have a female president”

There is no doubt that the Mattarella bis option is the most suitable for the country in a Five Star home. The leader of the pentastellati Giuseppe Conte expressed his gratitude to the head of state for the work done in the first seven years at the Quirinale and said he was satisfied with the political convergence to renew his mandate. Conte said, however, that if an opportunity has been missed, it is to elect the first female president of Italy. “For us it was not a mere formality but a real battle, so much so that at the end of the negotiation table there remained two candidacies of women of absolute excellence, profile and competence. Conte has not lost the possibility of having a female President. the M5s community has lost the country, “Conte said.

Renzi: “Happy for Italy, but let’s think about direct election of the head of state”

“I am very happy for Italy”, said the leader of Italia Viva Matteo Renzi, according to whom the re-election of Mattarella responds to the need to secure the country, “without institutional nonsense”. However, according to Renzi, “the time may have come for the citizens to elect the President of the Republic.” The current system, where the Parliament in joint session and the regional delegates elect the head of state, “was fine for Italy, which it came out of fascism. I hope Mattarella can be the last one elected like this. My dream is to see him elected by the citizens, and this requires constitutional reforms, ”said Renzi.

Action e + Europe: “Yes to Mattarella, but we apologize”

To support the re-election of Sergio Mattarella, also Action and + Europe. His new mandate, the two parties write in a note, “will be welcomed with relief by the Italians, and certainly by us too”. However, they underline, “however, it is an outcome that forces the will of the President himself, and certifies the impossibility for the Parliament after the 2018 elections to reach an agreement”. The two parties, which so far have supported the candidacy of the Minister of Justice Marta Cartabia, will then vote for Mattarella, to whom however they want to “address our most sincere thanks at the same time, but also, in some way, our apologies”.