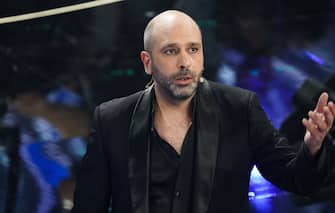 Checco Zalone is the protagonist of the film in every sense. In fact, he plays an ironic and imaginative version of himself, an Apulian boy who lives a life without responsibility

WATCH THE VIDEO: Checco Zalone, the iconic phrases of his films

Eleonora Giovanardi plays Valeria Nobili, a researcher committed to the Svalbard islands who steals the heart of Checco

Sonia Bergamasco is Dr. Sironi, director of the ministry who will try in every way to make Checco leave his beloved permanent job

Checco Zalone: ​​here are the funniest scenes from his films

Ludovica Modugno is the face and voice of Caterina, mother of Checco and a classic woman of the past, ready to serve and revere her son at any time

Maurizio Micheli, on the other hand, plays Peppino, father of Checco, emblem of the permanent position par excellence and convinced that there is nothing better

Ninni Bruschetta plays the cynical minister Magnu, a man ready to do anything to get what he wants

Paolo Pierobon, on the other hand, is the face and voice of a nice scientific researcher

Sanremo 2022, Checco Zalone for LGBTQ + rights and in virologist version

The film also features Al Bano and Romina, who play themselves