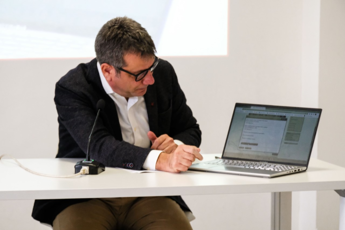 “Today we carried out an unprecedented, massive, profoundly radical and non-violent action by sending 1.5 million emails to Russian citizens asking them to desert the war of dictator Putin”. Thus Massimiliano Iervolino, Giulia Crivellini, Igor Boni and Oles Horodetskyy, secretary, treasurer, president and executive member of Radical Italians today at a press conference to present and implement the ‘Let’s bomb Russia’ initiative. “As in the Second World War leaflets were launched from the sky – they explained – so today Italian Radicals, on the anniversary of the March on Rome, used the weapon of mass information to scratch the wall of disinformation, fake news and censorship erected by Putin. The email addresses were hacked by Anonymous at the beginning of the war in Ukraine and were recovered on the Dark Web “.


“The massive sending of emails – explain the Radicals – is the new phase of the social campaign already launched a few weeks ago in Russian and English: ‘No more a man, no more a penny for Putin’s army!’ the day before we also entered the Russian social network Vk with our appeal and after various exchanges, even very heated, we were expelled within two days. Today we sent an appeal to Russian citizens in their language so that they do not accept the mobilization and desert the war they do not want to fight, we have also solicited their responses. ” Massimiliano Iervolino underlined: “We openly communicate to the Russians that Putin is a war criminal and we also invite them to sign our ‘Putin in The Hague’ appeal on our website for the Tsar to be tried for war crimes and against humanity. . We are convinced that this action is in line with radical history. We have been saying who Putin really is for 23 years, only now everyone has opened their eyes “.

Oles Horodetskyy said: “There are three conditions to win the war: supporting the Ukrainian resistance, continuing with the sanctions against Russia and not least awakening the consciences of the Russians. Putin with his propaganda has created a parallel reality that professes the supremacy of the Russian people to stem Western decadence. This is a non-violent pacifist initiative, not that of asking for peace in a generic way “. For her part, Giulia Crivellini recalled that: “For months we have been asking for Putin to be formally indicted before the International Criminal Court, as we asked for Milosevic. We therefore also ask the new government, the ministers Tajani and Nordio to finance the work of the Court. crimes of aggression the Court has no jurisdiction. Recently the ministers of Latvia, Estonia and Lithuania asked to set up an ad hoc tribunal to proceed with this accusation as well. The EU also promotes this action so that no gray areas of impunity remain , we ask the Foreign Minister to take action. Finally, we ask the government to welcome the Russian dissidents “.

At the conclusion of the press conference, Igor Boni said: “Since the beginning of the war with our small forces we have put in place a series of initiatives whose value is being understood. For us there is no peace without justice, this sets us apart. by the pacifists who want peace under any conditions. The war will end when Russia leaves the Ukrainian territory. Today we are launching a bomb of democracy, information and freedom “.