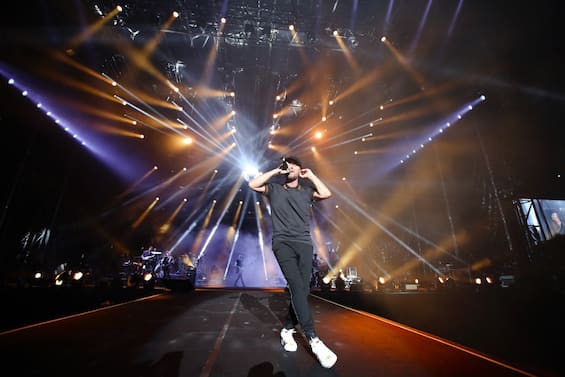 A few weeks after the publication of the first dates of the next live season My Home Tour 2023by popular demand Raf announces another seven new unmissable concerts in the prestigious stages of Italian theaters: in addition to the dates in Rome, Milan, Bari and Florence, the tour will arrive in Udine, Bologna, Turin, Trento, Naples, Padua and Pescara. Tickets are available in presale on the Ticketone Circuit and in authorized points of sale.

This the calendar to today de My Home Tour 2023, produced by Friends & Partners: 2 May, Giovanni Da Udine Theater in Udine; 3 May, Teatro Celebrations in Bologna; 8 May, Teatro Colosseo in Turin; 12 May, Teatro Team of Bari; May 14, Auditorium Parco della Musica in Rome; 15 May, Teatro degli Arcimboldi in Milan; May 19, Teatro Verdi in Florence; 21 May, Santa Chiara Auditorium of Trento; 23 May, Augusteo Theater in Naples; 26 May, Gran Teatro Geox in Padua; May 27; Teatro Massimo in Pescara.

A much anticipated return to the stage, which Raf presents with these words: “Everyone okay at home? It is a very frequent and often only formal question that indicates how much the well-being and harmony of the domestic space and of the people and animals with whom we share it is fundamental for our own well-being. If we extend the concept of home to the entire planet earth, the equation always remains the same. It is an illusion to believe that we can be well if we care only about ourselves, with what little or much we possess, while we show little empathy towards millions of people who are constantly suffering, no interest in greater sustainability and no commitment concrete in trying to counteract the climate change in progress. We are fine only if everything is fine at home. My home, our home is the universe we live in. Musically speaking, in 2023 theaters will once again be ‘My home’. I will welcome you with new sounds, new songs. Music and words with the energy and emotions of always”.

A career full of satisfactions, lots of music and awards, certificates of deep esteem and affection from the fans, who in 2023 will return to listen live to one of the most beautiful voices and signatures of Italian discography, which is always so contemporary and vivid even in the new current music scene. So the hype is growing for a rich season of concerts throughout Italy, waiting for new surprises.