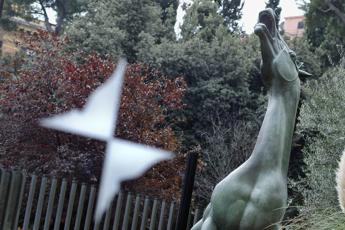 The proposal of the Group Director, Carlo Fuortes

Anyone who has a device capable of connecting to the Internet is equally capable of watching television, which means that he is required to pay the Rai license fee as someone who watches a broadcast in his living room with a normal television set. With this reflection, writes laleggepertutti.it, the CEO of Rai, Carlo Fuortes, appointed last July, lit the fuse of a ‘bomb’ destined to explode. Because if you don’t already like your TV subscription as it is today, let alone if you have to pay a fee for the mere fact of having a mobile phone that can connect to the Internet.

The reasoning of the CEO of viale Mazzini is as follows: today it is possible to watch Rai programs from the mobile phone thanks to the RaiPlay application, which can be downloaded for free. It turns out that anyone could declare that they do not have a television at home in order not to pay the fee and watch the broadcasts on their PC, tablet or mobile phone. So – Fuortes suggests – anyone with a smartphone must pay the Rai fee.

In general, his thinking is flawless: the trick of not having a TV at home and, therefore, of asking for exemption from paying the fee, to then watch fiction, news or television shows via the Internet is quite old. . What we need to know is how this tax could be introduced so that the fight against tax evasion does not become an abuse.

If Fuortes’ proposal were to materialize, it is assumed that the requirement to have a TV in the house would be no longer required to be obliged to pay the TV subscription and that the only exemptions would be those related to age (at least 75 years) and income ( no more than 8,000 euros per year). However, a doubt remains: does having a mobile phone exclude the obligation to have a television? Because if this were the case, it would potentially increase the audience of those who will not be required to pay the fee. Just think of those who happily do without social media and various applications and use the mobile phone only for calls and to send or receive some text messages: if the possession of the TV is no longer binding to pay this fee, they could well buy a TV set and do not pay the fee.

It is also assumed that the fee will be paid on the basis of a mobile phone for each household, just as today it must be paid for only one TV set in the house. Basically, if today you pay 90 euros to own one, two or four televisions, one day you will pay the same amount (as long as it remains so) to have one, two or four cell phones at home.

It is supposed that. at this point, the television broadcasters (Rai must lead by example, given that it collects about 84% of the fee) will have to stream all the programs and not just some. Today, in fact, some programs are only visible on TV, while they are not broadcast live on the web, often due to a question of television rights. The example of Champions League matches broadcast in the clear is the most classic.

Finally, it is assumed that if the State provides for a tax on the possession of a smartphone, a tablet or a PC because they allow you to watch TV, the State itself will make a considerable investment to guarantee broadband throughout the country. The distance learning period during the pandemic has taught us that there are many gray areas in Italy and that a decent Internet signal does not reach everywhere (when it arrives). Logic dictates that a tax must be paid for a service rendered, not for something that cannot be had.

Too many guesses. Starting with the fact that the proposal of the CEO of Rai goes through.