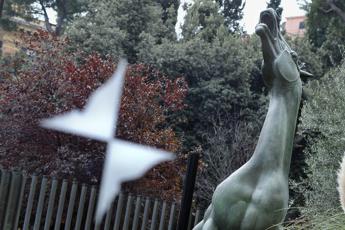 Thirty years without Freddie Mercury, not without his music: the same one that accompanies the Rai homage of tomorrow, the day of the anniversary of the death of the great musical genius and frontman of Queen. Rai1, at 21.25, offers the first TV movie “Bohemian Rhapsody” by Bryan Singer, starring Rami Malek, Lucy Boynton, Gwilym Lee, Ben Hardy, Joe Mazzello, Aidan Gillen. Winner, among other things, of 4 Oscars and blockbuster in cinema, the film follows the artistic parable and the human story of Freddie Mercury, who, challenging stereotypes and conventions, from a simple baggage attendant at Heahtrow airport , becomes a timeless icon. “Bohemian Rhapsody” focuses, in particular, on the most exciting performances of the rock band, up to the iconic Live Aid concert in 1985, which consigned the band to rock history. Following, at midnight on Rai5, Rai Cultura proposes the doc “Queen: from the beginnings to Bohemian Rhapsody” which explores the birth of perhaps the most emblematic song of Queen. After the tiring beginnings, the group found success with the fourth album, “A Night At The Opera”, launched above all by the single “Bohemian Rhapsody”, a song made up of three distinct parts that express the different souls of the group: rock hard, melodic inspiration and orchestration, with a touch of whimsy. The song reaches a huge audience, thanks to the video, and somehow becomes the artistic testament of Freddie Mercury.

Second appointment with the new season of “Mare fuori”, broadcast tomorrow at 21.20 on Rai2 in absolute premiere. In the first episode, entitled “I am not like you”, Naditza goes out and, unbeknownst to her parents, is given in foster care to Filippo’s family, waiting for him to be transferred to Milan. Cardiotrap gets closer and closer to Gemma. Lino is lured by the rich and charming mother of Sasà, the little boy from Napoli bene, while Kubra, a first generation Italian with his African mother, enters the IPM. Following, in “Love who hurts”, the magistrate arranges for Carmine to return to the institute, but the boy does not want his daughter to be a Di Salvo and entrusts her to Nina’s mother, but his family is at war with the Curls. Meanwhile, Filippo is transferred to Milan where Nad is waiting for him, and to greet him Beppe organizes a concert where Cardio sings the pieces written with Gemma. Pino is attracted to Kubra, but the girl is hostile to everyone.

The latest developments on the Nada Cella case, from the mystery of the button, to anonymous phone calls, will be at the center of ‘Who has seen it’, broadcast tomorrow at 21.20 on Rai3. Federica Sciarelli’s team of journalists will also deal with Giovina’s disappearance: the former employee of the Pescara municipality is still not found. Do your friends from Milan really exist? And as always there will be appeals, requests for help and reports of people in difficulty.

For the ‘Alien Invasion’ cycle dedicated to cult films with an alien invasion theme, “World Invasion” by Jonathan Liebesman will be broadcast tomorrow on Rai4 (channel 21 of digital terrestrial) at 9.20 pm. Some unidentified flying objects crash into the seas near large cities: these are alien spaceships containing extraterrestrial soldiers ready to start a lethal invasion. An aerial bombardment is planned in Los Angeles that will disintegrate one of the major alien outposts but, before proceeding, the city must be evacuated and for this reason Team Echo led by Sergeant Nantz, close to retirement, is sent. In the cast Aaron Eckhart, Michelle Rodriguez, Lucas Till and Michael Peña. This will be followed by the first of four appointments with the scientific dissemination series conducted by Emilio Cozzi, “Space Walks”. A journey to discover everything related to space: from the design of new space rockets and satellites to the viewing of spectacular films from NASA, ESA, up to meetings with the most famous Italian astronauts such as Luca Parmitano, Samantha Cristoforetti and Paolo Nespoli .

The relationship between music and the animal world: “Music and … fauna”, broadcast tomorrow at 11.05 pm on Rai5, is a documentary project by Ezio Monti. The artist, in any musical genre and historical period, takes inspiration or appropriates the sounds and language of animals and has also built musical instruments that reproduce the “sound” of animals which will then be used in musical works. This is how real imitations are born. And the list of musicians and works related to the animal world is very long and embraces all periods of humanity and musical genres.

John XXIII, pope for less than five years and today a saint for the Catholic Church, was a man of encounter and a diplomat in search of peace. Antonia Pillosio’s doc is dedicated to him, broadcast tomorrow at 10.10 pm on Rai Storia for the “Italiani” cycle. The pontificate of Angelo Roncalli – short and transitional pontificate, as the cardinal electors had thought of it in the conclave of 1958 – represents a watershed in the history of the Church: just think of the convocation of the Second Vatican Council. The diplomatic profile of his action (in particular as regards the communist question and the cold war) has a particular significance for its incisiveness, but also because it is based on a personal history of “pastoral diplomacy” and the culture of encounter . The documentary is built on the basis of unpublished biographical cues suggested at different times by Don Ezio Bolis, director of the Papa Giovanni XXIII Foundation, by Cardinal Loris Capovilla, his personal secretary, by the scholar Marco Roncalli, great-grandson of Pope John XXIII and by Cardinal Paul Poupard , witness of those moments. The extensive documentary material is accompanied by images, photographs and film clips from the Giovanni XXIII Foundation archive. After brief notes on the first, important steps of Roncalli’s pastoral ministry alongside the bishop of Bergamo Monsignor Radini Tedeschi, the doc reviews the life of the pontiff, focusing on some of the most dramatic and eventful decades in the modern history of the Church, of Italy and of the world. All this also through video contributions from Teche Rai.

Rai Movie (digital terrestrial channel 24) broadcasts tomorrow in prime time, at 9.10 pm, “Nemiche per la pelle”, a comedy by Luca Lucini with the couple Margherita Buy-Claudia Gerini. Lucia and Fabiola are, respectively, the ex-wife and the wife of Paolo and, apart from him, they really have nothing in common. When the man dies, he leaves them the task of looking after his son Paolo Jr, a Chinese child they didn’t even know existed. Giampaolo Morelli and Paolo Calabresi complete the cast. This will be followed by “MovieMag”, a new episode of the Rai Movie cinema information magazine conducted by Alberto Farina.

The risk of the fourth wave of Covid and the related economic repercussions at the opening of “Restart-L’Italia ricomincia da te” broadcast tomorrow, at 11.30pm on Rai2. Will it be possible to stem the pandemic with the third dose in the fifth month and with the use of the Super Green Pass reserved for vaccinated and cured people? Is compulsory vaccination a hypothesis as the trade unions and Confindustria demand? The president of Veneto Luca Zaia and Francesco Vaia, health director of Spallanzani in Rome, talk about it, with a focus on vaccination for children aged 5 to 11 on the eve of its approval by Ema, the European Medicines Agency. The theme of work and relocations is also important, with an in-depth analysis of Italian companies in Romania and the many young people forced to look at the foreign labor market. Luigi Marattin (Italia Viva), president of the Finance Commission of the Chamber, the entrepreneur from Brescia Marco Bonometti, president and CEO of Omr, and Stefano Zurlo, of “Il Giornale” discuss the matter, taking stock of the recovery and the cut, foreseen by the Maneuver 2022, of corporate taxation. On the blackboard of the program, the accountant Gianluca Timpone compares the different tax regimes in the European Union.

Between streets and buildings, between trees, rivers and gutters, there are many wild animals that live among us. From tomorrow, at 16.30 on Rai Gulp there will be “Go Wild. Animals in the city “. The program, conducted by Jenny Pacini, will be offered every day (except Tuesdays) and is also available on RaiPlay. A journey to discover nature with the aim of making children aware of, respecting and protecting the fauna that makes forays and into the cities. Hedgehogs, foxes, seagulls, turtles, bats, wild boars, abandoned exotic animals, wild birds, wolves, bears, bees and alien species are just some of the animal friends featured in the 20 episodes. The episodes are characterized by a documentary and at the same time immersive and emotional approach. Biologists, veterinarians, ethologists, zoologists, ornithologists, herpetologists, ecologists and naturalists will have the task of presenting the animals, answering the questions of the young audience, present in each episode, to comment on adventurous wild experiences. These will take place between wildlife recovery centers, living museums, citizen science experiences, birdwhatching and urban park safaris, where children will be able to get to know the animal species that surround them up close. Among the interviewees also experts such as the “lupologist” Mia Canestrini, the entomologist Enzo Moretto, the zoologist Bruno Cignini, the marine biologist Sabina Airoldi and the lieutenant colonel of the Forestry Carabinieri of the National Park of Abruzzo, Lazio and Molise, Clara D’Arcangelo (known as the “commander” who rescues the bears).