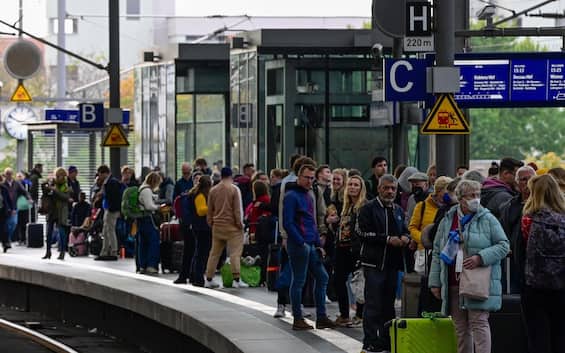 Attention remains high on infrastructures in Germany, where investigations into railway sabotage continue, which led to the blocking of trains in the north of the country: the Russian track is not, in fact, excluded. There Bild has published in its online edition some excerpts from a federal anti-crime document, according to which the hypothesis of a state-led sabotage action “is at least conceivable”.

A confirmation of the options on the investigators’ table from the first hours of the incident, with the same Bild who had already revealed how both the trail of political crime and that of the state hand had been followed. On Saturday, Deutsche Bahn had to block rail traffic for three hours, in the morning, in four Northern Laender (Hamburg, Bremen, Lower Saxony and Schleswig-Holstein) due to the cutting of the cables of the mobile telephone system essential to allow the circulation on iron. “In light of the spatial distance between the two hit points, and the temporal proximity to the leaks in Nord Stream 1 and 2, a state-led sabotage is at least conceivable,” the Bka investigators write.

The Green politician, Anton Hofreiter, also intervened, according to whom “we cannot exclude that Russia is also behind the attack on railway services”. It was then General Carsten Breuer to reiterate the Bild that, for the future, “every crucial station, every energy transport pipeline is a potential target, in light of the hybrid threat”.

The head of German cybersecurity at risk

Against the background of these hypotheses, the indiscretion from Germany filters out that the head of German cybersecurity services is close to being fired after the discovery of links with Russia. This was announced by government sources in Berlin, without however providing any information on the possible connection with the railway blockade.