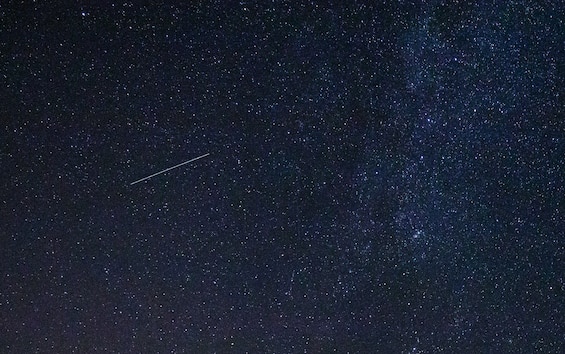 Shooting stars are a show that thrills young and old, astronomy enthusiasts and not. And 2023 will give a show in the sky: the first nights of the new year, in fact, will see one of the major swarms active, that of the Quadrantids, which from the latitudes of Italy will be visible from midnight to dawn. The peak is expected in the night between 3 and 4 January in the hours preceding morning twilight, when the Moon will be a little lower on the horizon making observation easier.

In addition to the Quadrantids, some minor meteor showers will also be active in January: the delta Cancridi, whose peak is expected on January 17, the alpha Idrids, which will reach their maximum two days later, and the alpha Leonids, at the end of the month. Closing the year will be the second most important meteor shower of 2023, that of the Geminids, with even better observability conditions than those of the Perseids because on the night of the peak, between 13 and 14 December, the Moon will be practically absent.

To open the dance could be, surprisingly, a comet. At the beginning of the year, in fact, “comet C/2022 E3 ZTF, discovered on March 2, 2022 from the Zwicky Transient Facility in California”, explains Paolo Volpini of the Italian Amateur Astronomers Union (UAI). “On January 12 it will reach perihelion, i.e. at the point of minimum distance from the Sun, but the best visibility should occur between the end of January and the beginning of February, when it will be at the minimum distance from the Earth. The show will be within reach of binoculars and small telescopes, but the hope is that it can also be seen with the naked eye”.

The eclipses will mark some days in particular: on April 20 and October 14 nose up for the solar eclipse, while on May 5 there will be a penumbral lunar eclipse, which will occur again on October 28. The summer will open with two Supermoons: the full Moon will be at its closest distance from the Earth on July 3 and August 1.

Between 10 and 13 August there will then be the traditional show of San Lorenzo with the Perseids. “The peak will take place in better conditions than last year, with only a thin crescent moon that will appear in the east at dawn without causing too much discomfort”, underlines astrophysicist Gianluca Masi, scientific director of the Virtual Telescope. Also noteworthy on the agenda is the appointment of 30-31 August with the Blue Moon (the second full moon of the month as well as the third Supermoon of the year) and that of 29 September with the last Supermoon of 2023.