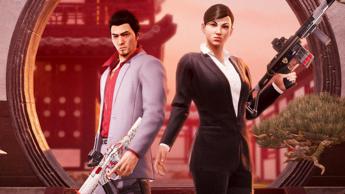 Among the novelties a playable character and skins taken from Yakuza

Ubisoft presented Operation Vector Glare, the second season of year 7’s Rainbow Six Siege, which will be available from 7 June. The first novelty is a new character, the Belgian Sens, an expert in tactics with military experience and training in Psychology. He is a low speed, high health operator with a new weapon, a POF-9 or 417 as his primary weapon and an SDP 9MM or SKIRT-6 as a secondary weapon. A new map for Team Deathmatch mode is expected at the launch of the season. Set in Greece, Close Quarter is the first map that focuses on movement rather than building defenses. Further updates affect those who misuse the game cancellation system, giving players more control along the process, from the cancellation request itself. Additionally, privacy options are now available to players in the Options menu.


There are two new items this season: the Shooting Range, a space to train and practice with weapon damage, accessories and retreats, and the operator’s guide, which informs about each operator, their skills, the gadgets and tips for the strategies of Attackers or Defenders. Additional updates include a third secondary weapon slot for some Operators and the option to adjust the intensity of the screen movement. As announced at Six Invitational 2022, a narrative change will arrive in the Siege universe: the Rainbow Six Operators will now be divided into special units. These teams will work together to complete the Rainbow mission. Additionally, Ubisoft has partnered with Sega to create two skins for Rainbow Six Siegetaken from the franchise Yakuza. A Kaoru Sayama-inspired bundle will be available for Hibana and a Kiryu Kazuma-inspired bundle for Echo. Also, a new elite skin for Echo is coming soon, inspired by another iconic character from the games Yakuza.