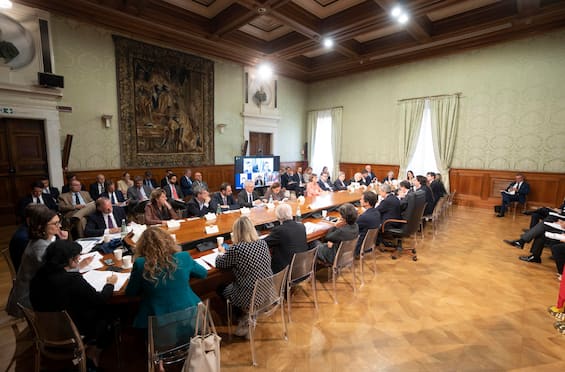 Controversy on the National Recovery and Resilience Plan. The steps for obtaining the six-monthly installments of European loans have been respected but the actual use of the money is lower than the previous forecasts

Italy is respecting, or not, the roadmap agreed with Brussels for the National Recovery and Resilience Plan financed with over 190 billion Europeans (grants and loans) of the Recovery Fund? So far our country has achieved all deadlines, which in this first phase mostly concern the preparation of interventions (with decrees, projects and calls) and the reforms to be approved in Parliament. From this point of view we travel on schedule and we are getting, as per protocol, the community installments.

How much we have received from Brussels so far

This is 45.9 billion, between pre-financing and first tranche, to which another 21 billion will soon be added for the first half of 2022. The money is obtained by respecting the established objectives. By December there are 55 more, but 21 are already in the drawer and another 8 will enter at the end of the month; for the rest the next government will have to think about it in order to have the green light for another 19 billion.

Why then are delays feared? Because after obtaining the green disc, the money must then begin to be spent. The Treasury Ministry has certified that at the end of this year we will have used 21 billion from the National Recovery Plan, instead of the 33.7 that the government itself had foreseen in April (and previously there were over 41). Fault of inflation (which forced a review of the projects) and of a bureaucratic system that has not yet aligned with the times required by the NRP.

How real is the risk of delays

But how relevant is this delay? At the moment, Europe does not care how much money we actually pull out: the important thing now is that we start the machine. However, we will have to complete all the works by August 2026 and if we start slowly there is a risk of missing the final appointment. From this point of view there are some alarms. In recent months some calls have been deserted, so they have been extended, as in the case of schools or other urban infrastructures.

The uncertainty of the times in the South

What is worrying above all are the projects in the hands of local authorities, in particular those of the South. Where to complete (from the announcement to the last stone) a sports field or an outpatient clinic – according to Svimez – takes one year more than the rest of the country.