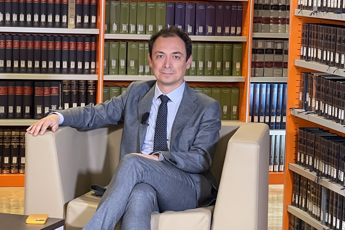 The digital transition and the use of new technologies for teaching can certainly contribute to a greater internationalization of the universities of our country. The Rector of the University of Foggia, Piepaolo Limone he is convinced of the possibility of relaunching Italian universities on an international level thanks to the resources of the PNRR and the experience accumulated with the Dad in the pandemic. “One of the difficulties we have as a university system – explains Limone to Adnkronos – is that we train extremely capable students, who are then attracted to other university systems for the second and third level of education, that is masters and doctorates. attract foreign students – he specifies – but not as much as we could. The use of these technologies, which allows us to hybridize and reach very distant audiences, allows us to intercept a very large international user“.


The Rector then gives the example of France, where “a similar initiative has generated an ‘umbrella’ organization that brings together the main French universities in the spirit of distance learning especially for short courses that has millions of users all over the world. because this kind of training offer is extremely attractive. Italy – continues Limone – has developed similar experiences. We, for example, have set up a network called EduOpen, already in 2015, which brings together 22 universities and therefore we are ready to make the leap in quality, the leap that allows us to truly internationalize. But the work done up to now has been a work done spontaneously, voluntarily by individual universities so there were not those resources to allow the leap in scale and reach those levels of representation outside the Italian educational offer in multiple languages ​​as well. as do the French, the Spaniards and the same as the English do “.

If Italian universities are ready to face the challenge of the digital transition that has now accumulated various experiences and on which the NRR has activated a program of interventions, the students “are very ready”. The Rector of the University of Foggia has no doubts as he faces the enormous potential of the use of new technologies. “The students are very ready because they already live in a digital context, many of these students are the so-called ‘digital natives’ they are people raised from the first years of life in a digital context: from mobile phones to video games, and have great ease of access to information “.

“But our goal – he specifies – as public universities, as a system of Italian public universities is certainly not that of opening up a competition exclusively on the level of e-learning and forgetting the presence. We are universities that invest heavily in presence, in the quality of the relationship understood as a relationship that develops in a traditional environment. But this relationship can be expanded by technologies. Using the right languages ​​- he underlines – which does not only mean doing e-learning but imagining laboratories in virtual reality, in augmented reality, means opening up a whole possibility of ubiquitous training, that is, in every place and in every time, breaking that traditional unity of space – time that characterizes face-to-face training and offering opportunities to audiences who otherwise would not be able to attend university “.

“But it is not only this – he adds – not only is it a discourse of opportunity for those who do not have access to university, it is create the conditions for digital literacy for those who live in an information society and in their work will be increasingly called to use these new technologies everywhere. Today we no longer know if we can do without zoom or meet online, because we are used, and it is a positive side in the great tragedy we experienced in the pandemic, to use those tools too. Thinking that training can use these tools and students have the ability in the future to operate in an industrial or corporate context or in public administrations with high IT skills because they have had a hybrid training – he concludes – is already a great goal “.

The use of technologies and the experience gained during the pandemic period can represent an excellent support in welcoming students from Ukraine. These new teaching methodologies can represent a support “on several levels. First of all – he explains – access to university. Thanks to an initiative of the ministry we are welcoming foreign students. At the University of Foggia we already have Ukrainian students who are present because there are agreements between the universities. We have 12 who were already present before the war, we are planning to welcome many more thanks to the scholarships we are putting in place “.

Surely, Limone underlines a problem is represented by the language. “The students who arrive may have limited, basic knowledge or even have no knowledge of the Italian language. So, in this sense, having tools that allow the creation of Italian L2 courses, Italian as a second language offered online is very useful: but not only in language, also in Italian culture courses which are very important. In our EduOpen network – explains the Rector – we have as a partner the University for Foreigners of Perugia which offers these courses and can make them part of the entire network of 20 universities. This is also an interesting dynamic because having collaboration agreements with universities, if a piece of training is not present in a university in this perspective of exchange, it is possible to use the resources of another university to serve the entire network “.

Returning to the Ukrainian students present, Limone continues, “theanother important element is the virtual digital bridge that can be created with their home universities hoping that they can start delivering training in their universities again. Obviously, if we manage to put the Ukrainian teacher in contact with the Italian teacher, we can build another form of relationship through technologies that can unite and reduce isolation “.

From the ability to direct research to the fight against dispersion, there are several challenges that the university world is called to face, in the immediate and in the medium and long term, these challenges “are diverse and articulated on several levels”.

“We have a problem – continues – which concerns our ability to do research, which derives from the fragmentation, from the distribution of skills, even very high ones, but distributed in many different research centers. It is therefore difficult to create that critical mass of specialist skills, sometimes even interdisciplinary, which is needed to compete with large international research centers. On this issue the PNRR is intervening in an important way with more than 10 billion that will arrive at universities and will allow these aggregations on national competence centers, of large extended partnerships with universities and companies on the national territory “.

“Then – he adds – there is another problem concerning education and the number of students enrolling in university. We still lose many students in the transition from high school to university, we lose many within the university path and even more in the transition from the three-year to the master’s. This data of dispersion is a fact that particularly characterizes the Italian system. A lot is being invested in guidance, the NRP will invest around 250 million euros for new initiatives on university guidance, so we are confident that something will be fixed there too, but I believe that the use of distance learning technologies can give a help”.