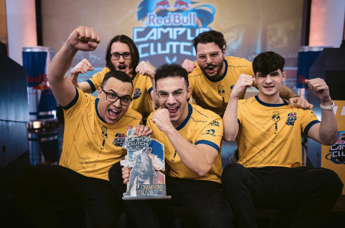 Beat the Immo 4, with a 2-0 victory that earned them the flight to Sao Paulo at the Global Finals

The Italian final of the Red Bull Campus Clutch, the most important university Esports tournament in the world. was held on Thursday at the VGP e-Studios in Milan. The Mixers won the Italian stage, thus winning the title of Italian champions, but above all the opportunity to fly to Brazil, to Sao Paulo, for the Global Finals. The winners of the world title will participate in the Valorant Champions Tour professional tournament. The Mixers beat the Yotoru University Playboys, given as favorites, and the Immo 4, the real revelation of the tournament. Both teams can boast exceptional players: RickyVaila of Immo 4 certainly enters the ranks of the best emerging players. On the roster of the Mixers, however, Rhagee is certainly noteworthy, a real influencer as regards Valorant. During the best of 3 matches, the superior technical ability of the Mixers compared to the Immo 4 emerged, with a 2-0 victory that guaranteed them directly the flight to Sao Paulo.