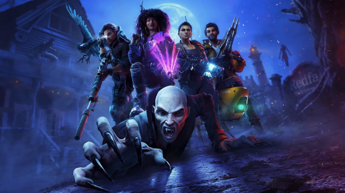 Redfall, the new Arkane Austin game to be published by Bethesda, will arrive on May 2 this year on Xbox Series X|S and PC, as announced by Microsoft (owner of Bethesda) during the Xbox Developer Direct. On the occasion of the online showcase, details on the gameplay were shown and then a long video was published that shows interesting game sections of this first-person horror adventure. The main mission of the game involves hunting for vampires on Redfall Island, which has been overrun by bloodsuckers who have blacked out the sun all over the area, subjugating the locals into their slaves, or even worse food. It will be possible to play Redfall alone and in the company of other friends, for up to four-person co-op multiplayer games. There will be several heroes to choose from and more will be released as extra content. Like all Xbox and PC exclusives from Microsoft, the game will also be available on Game Pass on day one.