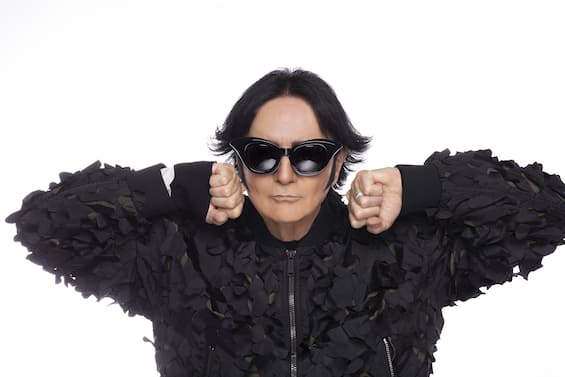 The tale in music by RENATO ZERO continues also in 2023. In the wake of the monumental celebrations at the Circus Maximus, where he celebrated (innocently late!) his 70 years and his 55th career with six concert-events all sold out by over 100,000 spectators, Zero once again amazes his fans with the announcement of the new tour in the arenas, ZERO A ZERO – A CHALLENGE IN MUSICproduced by Tattica and starting in March next year.

the world of a revolutionary artist

To embrace his audience that has never stopped supporting him, in the months of March and April RENATO ZERO will tour Italy leading to the main sports palaces his entire world as a revolutionary artistauthentic catalyst of energy and enthusiasm.

ZERO to ZERO
The result of “A challenge in music” between the two eternal contenders: Renato & Zero.

It will be a tour… all to be experienced!

A good draw would be needed just to bring public and private agreement in a Renato who has decided to split from 1966 until today. One hung out in alleys, squares, neighborhoods and cities. From North to south. From east to west. In bourgeois clothes of course, collecting secrets and life stories of all kinds. The other was waiting for him to put on paper, with words and music, those observations and portions of humanity so necessary for the purpose. A tough bet. A continuous comparison. Trying not to embarrass those who, unaware of being subjected to a kind of benevolent search, might not like that kind of stalking. It was the forecasts, not exactly encouraging, that suggested to those two to make a “company” and start from that Zero. Today the two imprudents celebrate their emerald wedding in front of their beloved, as well as loyal, public!

What can I say: as long as there is Zero there is an alliance. And so whoever has more constancy wins!!!
Happy tour you incorrigible guys.”
RENATO ZERO

Florence, Conegliano, Turin, Mantua, Bologna, Pesaro, Milan, Livorno, Eboli, Rome – these are the cities that are preparing to host ZERO A ZERO – A CHALLENGE IN MUSIC: 18 unmissable appointments – with numerous double dates in the most important cities and his Rome to close the circle – to share the awaited new chapter of this “music challenge” with fans and give unprecedented emotions with the iconic songs that have marked entire generations. Tickets available in presale on renatozero.com, vivaticket.com and in all Vivaticket sales points starting at 11.00 on Friday 9 December.