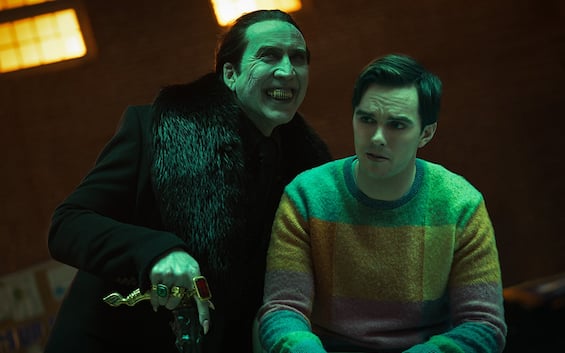 RM Renfield, the fictional character from Bram Stoker’s novel Dracula finally has a film in which he stars. On the other hand, evil would not be eternal without a little help. And as can be seen from the trailer, distributed by Universal, it is a feature film in which horror is tinged with black humour.

. In this monstrous modern adventure of Dracula’s faithful servant, Nicholas Hoult (Mad Max: Fury Road, the saga of X-Men) plays Renfield, the tormented sidekick to history’s most narcissistic boss, Dracula (Oscar®-winning Nicolas Cage). Renfield is forced to procure his master’s victims and to do his every bidding, however despicable. But now, after centuries of servitude, Renfield is ready to find out if there is life outside the shadow of the Prince of Darkness. Him if only he could figure out how to end his codependency.

Renfield is directed by Chris McKay (Tomorrow’s War, The LEGO Batman Movie) from a screenplay by Ryan Ridley (the Ghostedthe series of Rick & Morty), based on an original idea by Robert Kirkman, creator of The Walking Dead and of Invincible.

The film stars Awkwafina (The Farewell – A good lie, Shang-Chi and the Legend of the Ten Rings), Ben Schwartz (Sonic, The Afterparty) and Adrian Martinez (The Secret Life of Walter Mitty, Focus).