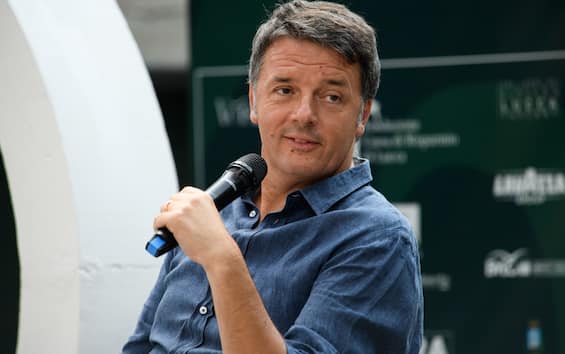 “In parliamentary democracies there are representative roles for the opposition. Pd and Cinque Stelle have made a pact between them to eliminate us from the table. It had never happened in previous legislatures that a political force was totally canceled from the presidency offices. Never happened. ! ”The leader of Italia Viva wrote on social media

“What happened yesterday should be studied in parliamentary strategy manuals as an example of the inability to do politics. In parliamentary democracies, representation roles are envisaged for the opposition. Pd and Cinque Stelle have made a pact between them to eliminate us from the table. It had never happened in previous legislatures that a political force was totally wiped out from the presidency offices. Never happened!”. Thus, in a long post on Facebook, the leader of Italia Viva, Matteo Renzi, expressed himself.

This is where “the snipers live”

“By eliminating us from the vote in the Chamber, the seats for the opposition paradoxically dropped, from 14 to 12: Brothers of Italy had two more classroom secretaries because we and the autonomy group were forced by the arrogance of the Pd- Grillina to stay out of the classroom. As in the election campaign, the Democratic Party was therefore Meloni’s best ally “, argued Renzi again, after yesterday the vice-presidents of the Chambers were chosen: in Montecitorio Fabio Rampelli (FdI), Giorgio Mulè (Fi), Anna Ascani (Pd) and Sergio Costa (M5s). In the Senate Maurizio Gasparri of Fi, Gianmarco Centinaio of the League, Anna Rossomando of the Pd and Mariolina Castellone of M5s. “There were 12 seats left, instead of 14. The Democratic Party with 107 parliamentarians got 5 seats; the Five Stars with 80 MPs took 7 places: thanks to some dem and five-star snipers, the madness of this Pd gave the grillini two more places. Two candidates of the Democratic Party, both from Emilia by chance, were rejected by the snipers dem and grillini. It’s called friendly fire. And then there is still someone who wonders where the snipers live? ”, Continued the former mayor of Florence.

This scenario, Renzi emphasized in his post, now implies the evaluation of two specific themes. “The first is the lack of representation of a force that still took 8% of the votes: it is a very serious wound for a parliamentary democracy. Do they cry out against the authoritarian danger of the adversaries and then they coat the shoulders of the other oppositions? ”, He explained. “The second is political: the Democratic Party with the most votes gives more places to the Five Stars (and unknowingly to the Brothers of Italy) by sacrificing even two of its own candidates in order not to make an agreement with us. I have never seen a more masochistic party than those who give blood to their opponents in order to attack us every day: sooner or later the spell will vanish and they will realize what they are up to. But is there no one in the Nazarene who has the courage to say that this strategy is hallucinating? ”, He then asked himself, provocatively.

“I want to do politics even without an institutional role”

In the meantime, the leader of Italia Viva concluded, “they give the papers to the newspapers: Renzi is making a controversy because he wants to be president of Copasir. Obviously I don’t even think about it. I want to do politics and I know how to do it even without an institutional role. But the idea that they attack me personally – the same ones who didn’t open their mouths after the shameful campaign against my family and after my parents’ acquittal – speaks volumes about how certain leftists conceive politics only as personal hatred ”.