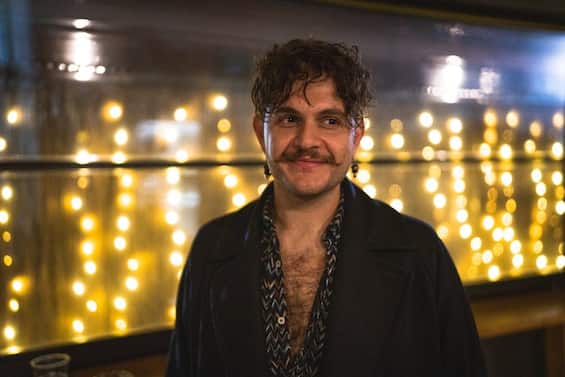 This year the magic of Christmas brings her Renzo Rubino: from 23 December to mid-January the Apulian singer-songwriter and creator of the sea festival Port Ruby will embark on an incredible journey throughout Italy in the name of lots of good music and unique emotions with I bring Christmashis new live project out of the box. If in recent years Rubino has accustomed us to exciting performances in the suggestive seaside locations of his festival Port Rubywith I bring Christmas the songwriter subverts the rules, realizing once again an innovative and one of a kind project: the stages of this new musical adventure will be the living rooms and places of the heart of those who follow Renzo with affection and have decided to make an intimate and exclusive space available, becoming to all intents and purposes of the small promoters of an unprecedented show. To these are added some particular locations such as there Olive tree retirement home from Tarentum And the prison of Brindisiwhich will host Renzo and his keyboard to cheer those who, for various reasons, cannot share the joy of Christmas with their loved ones. Participate in the live of I bring Christmas will be completely free: there are no excuses, dust off your party dress and take a seat in the most comfortable armchair near the fireplace to enjoy the show that Renzo Rubino has in store for you!