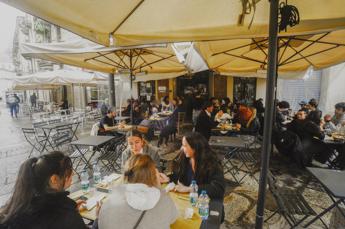 While numerous studies have shown that fish consumption is associated with a reduction in the risk of ischemic cardiovascular diseases, such as myocardial infarction, until now no one had clarified whether the types of fish were interchangeable or whether it was better to prefer anchovies to sea bass. , sardines with prawns. In summary, if it were better the blue fish, also called fatty fish, or the white fish known as lean fish. The answer came from the study of the Diabetology team of the Federico II Polyclinic, led by Professor Olga Vaccaro, who analyzed all the data available in the literature on the relationship between fish consumption and cardiovascular disease.


“Using a methodology based on the systematic nature of the research, thanks to statistical procedures capable of combining all the available data, we analyzed a population of 1,320,509 individuals, followed for a period of time ranging from 4 to 40 years. The results showed, with extreme clarity, that the consumption of 1-2 portions of fatty fish per week is associated with a significant reduction in the risk of heart attack and other heart diseases which, for fatal cases, is around 17%. habitual consumption of lean fish, while not increasing the risk of developing cardiovascular diseases, is not associated with these benefits “explains Professor Vaccaro.

That is to say that the consumption of fatty fish, such as sardines, mackerel and other blue fish, reduces the risk of cardiovascular disease and premature mortality, while lean fish, such as cod, sea bass, crustaceans, molluscs, do not have the same potential. “The results of this study highlight, for the first time, that the beneficial effect on cardiovascular health attributed so far to the consumption of fish in general is actually limited exclusively to fatty fish”, underlines Professor Gabriele Riccardi, former director of Diabetology. Federiciana. “This – he continues – has its own logic: fatty fish contains, in fact, up to 10 times higher quantities of so-called omega-3 fats, which are beneficial to health, compared to lean fish. Furthermore, fatty fish is richer in many other healthy substances such as calcium, potassium, iron and Vitamin D, which can contribute to the beneficial impact of oily fish on the heart “. According to the researchers, the study’s conclusions will have significant implications for the food choices of the adult population and for the preservation of the marine ecosystem.

“The awareness that one or two portions of blue fish a week are enough to markedly reduce the risk of heart disease – Vaccaro stresses – facilitates adherence to nutritional recommendations compared to the generic advice to consume any type of fishery product more frequently. . Looking at the environmental aspects, the preferential choice of small-sized blue fish with a short life cycle such as anchovies, sardines, mackerel, herring and many other less known but very widespread fish in the Mediterranean Sea, has a significant impact on the marine ecosystem and is much more sustainable than the use of species, considered more valuable, which arrive on our table thanks to aquaculture or intensive fishing “. The nutritionists Marilena Vitale and Ilaria Calabrese, the PhD student in ‘Nutraceuticals Functional Foods and Human Health’ Annalisa Giosuè and the diabetologist Roberta Lupoli took part in the innovative study, together with professors Vaccaro and Riccardi.