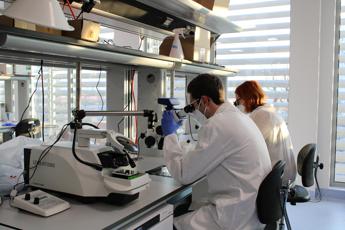 He talks about it in “Economy of knowledge and impact on society” with Minister Franco. Study Nih notes that $ 1 spent on the Human Genome Project produced $ 141 in returns

The science economy debate is opening up in Italy too and more and more economists and scientists are underlining its weight on the development and economy of a country. “The science economy is already a reality in most of the world but Italy still has a serious patent gap” warns the economist Marco Simoni in an interview with Adnkronos., president of the Human Technopole Foundation. “Italy has a significant delay in the awareness of the impact of research” yet “in the life sciences sector our country has the same number of publications as France in terms of both the number of citations, which are an indication of the quality of a scientific study , both in absolute numbers “. Italian researchers “have an average productivity rate per million euros spent higher than the international average. And all this despite the fact that, until recently, Italian research was very under-funded” says Simoni anticipating some data that will be discussed tomorrow. – also by the Minister of Economy Daniele Franco – in the course of the event “Knowledge economy and impact on society”, meeting organized by the Foundation in Rome, in the Hall of the Parliamentary Groups Building. In this context, the “sore point” according to the president of the Human Technopole Foundation is that Italy is “the country that patents the least: 1/5 of Germany, half of France”.


“This shows that the Italian knowledge economy must strengthen. Google’s capital is not real estate investments but data, algorithms: to do this, cooperation between science and businesses must be strengthened “, he explains. To the Minister of Economy Daniele Franco acknowledges that he “already made sure that ordinary research funds increased Italian “but Simoni asks” to underline the economic impact of science, of the science economy “on the country system. And,” since the Pnrr calls for research and technological development have come out “the economist believes”fundamental that the governance of the NRP is oriented, that the funding of the NRP is spent effectively aiming to overcome Italy’s limits and gaps in technology transfer “.” We need to aim in the direction of those experiences that have worked, to draw lessons from them “, points out Simoni.


“Science
is a powerful driver of a country’s economy “and” I think the pandemic
made it clear to everyone how important research and investment in scientific and technological research are ” adds again
Marco Simoni. A well-painted picture, among others, by research from the US National Institute of Health which found how 1 dollar spent on the Human Genome Project has produced investment returns equal to 141 dollars of Roi. And
from these data the comparison will also start with the owner of the Mef who, together with the ministries of University and Research and of Health, is a founding member of the Human Technopole Foundation.

“Every investment in science brings a significant economic return just think that the 140 million euros a year allocated by the Budget Law for Human Technopole (HT) have already produced 3 billion euros in economic returns for Mind, the Milano Innovation District – managed by Arexpo – and of which the HT is a part “. Private companies” are able to produce value from research and public institutions, public bodies can play a strategic role in supporting the Italian science economy “he notes again the president of the Foundation that manages Ht.

“Science is an antibody for society because the stronger the research, the stronger the country’s economy” also assesses the economist, adjunct professor at the Luiss Business School in Rome and who holds a PhD in Political Economy at London School of Economics and Political Science receiving the Juan J. Linz Prize for the best European thesis. “Places like the Human Technopole can create development. Knowledge and research – Simoni observes again – they represent what steel and coal represented in the Second World War because today it is sequencers, geneticists and Artificial Intelligence experts who create economic value. “The president of the Human Technopole Foundation r
finally he claims to “work intensively on the procurement campaign of excellent researchers from all over the world and the return of many Italian ‘brains’ abroad “. We must” also create a positive environment for the return of researchers, what the pandemic has taught us is important but it is an experience that must be expanded even more not only in cases of crisis but with respect to growth, new jobs, opportunities deriving from the science economy “. (by Andreana d’Aquino)