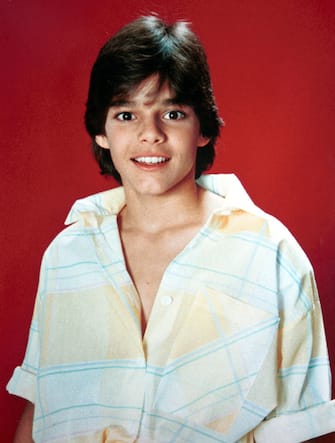 Ricky Martin, pictured here with his mother Negreida Morales, has shown a keen interest in the world of music and entertainment since childhood

In 1982, at just 11 years old, Ricky tries to join Menudo, the Puerto Rican boyband that was reaping success all over the world, but is discarded because he is too short

Ricky Martin, the most beautiful photos of the sex symbol

Two years later he tries again and this time he hits the mark: in 1984 Ricky Martin joins Menudo, a formation that over the years will see a real turnover among the members, and thus begins his career as a pop idol

Ricky, however, likes to dream big, and so he left Menudo in 1989 to begin his solo career

People: the cover is for Ricky Martin

For Ricky Martin a new life begins: after leaving Menudo he completes his school studies and then leaves to give life to his solo career. Noticed during a concert, he is cast for the Mexican telenovela Alcanzar a estrella

Ricky Martin, on Instagram the beautiful shot with his children

In 1991 the young Puerto Rican singer recorded his first solo album, entitled Ricky Martin. The record was a great success, but the inexperienced Ricky signed a contract before recording in which very low royalties were recognized. The jokes of inexperience …

While continuing to act on television, Ricky recorded his second album in 1993, Me amaras, which, however, still does not feel “his” enough

Ricky Martin replies to comments on the possible use of botox

The turning point is 1995, when Ricky Martin records To medium vivir, album that includes his first international hit: we’re talking about (Un, dos, tres) María, which makes it known all over the world

Thanks to the success of his record, 24-year-old Ricky Martin begins to tour the world and establishes himself as one of the rising stars of Latin American pop

The pop stars of the 90s: photos yesterday and today

To medium vivir it sells 3 million copies worldwide, proving to be one of the biggest commercial successes of the year

In 1998 Ricky Martin repeats the success of the previous album with Vuelve, disc that contains the single The copa de la vida, official song of the 1998 World Cup

Vuelve over the years it has sold 8 million copies and is worth several prizes to the pop star, awarded the 1999 Grammy Awards of the Best Latin Pop Performance award

Only one year went by and the Puerto Rican singer produced his biggest commercial success in 1999, entitled (once again) Ricky Martin. This time the single-hit is the driving force Livin ‘la vida loca and the copies sold will reach the beauty of 22 million

Livin ‘la vida loca (in whose video appears among other things a very young Nina Moric) is one of the most successful songs of the late 90s and consecrates, if still needed, Ricky Martin as the King of pop

Now in a state of grace, Ricky released a new album in 2000: Sound Loaded. While not reaching the goals of the previous one, the album is still a commercial success, also thanks to the single She Bangs

Ricky Martin, here with another legend like Carlos Santana, arrives at the age of thirty confirming himself as one of the big names in international music

In 2004 Ricky Martin allowed himself a move considered by many to be a gamble: to record a record in Spanish rather than English. Almas del Silencio however, he manages to sell two million copies worldwide and turns out to be another winning bet for the Puerto Rican singer, who, however, two years later returns to English with Life

In 2010 Ricky Martin comes out and announces to the world that he is gay. In this regard, he specifies that he is interested in romantic relationships only with men, but that he is attracted to both men and women, and that he does not appreciate precise labels. The following year the new album comes out Music + Alma + Sexo

Ricky Martin slows down the pace, but does not stop: in 2015 he comes out A quien quiera escuchar, so far his latest studio album

In 2018 Ricky Martin marries the Syrian artist Jwan Yosef, with whom he has two children through surrogacy: Lucia and Renn. These are in addition to the twins Matteo and Valentino had with Rebecca de Alba in 2008, always from surrogacy.

Ricky Martin and Jwan Yosef: the most beautiful photos of the couple

Ricky Martin, a gorgeous almost 50-year-old in a photo a few days before his birthday in the company of Spanish actress Penelope Cruz